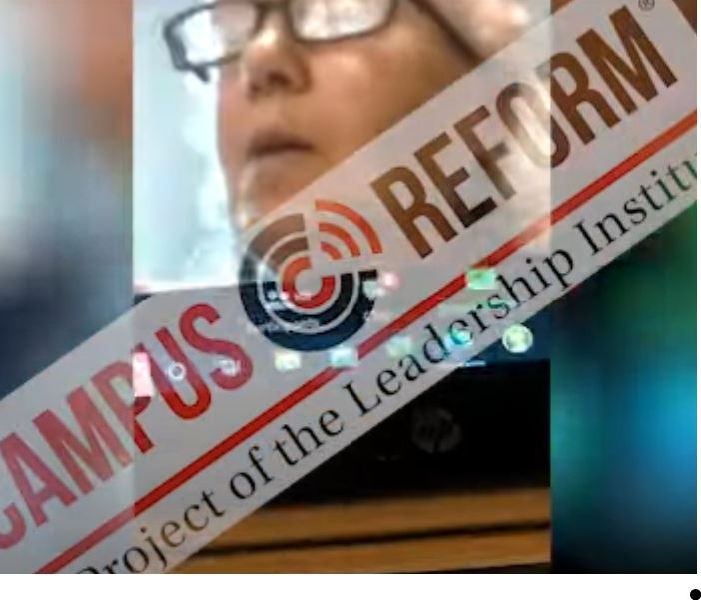 University of Massachusetts-Boston Associate Professor of Psychology Ester Shapiro called President Donald Trump a nazi, said white supremacy is "baked" into the constitution, and that “Republican militias with armbands” are trying to suppress voters during an Introduction to Human Rights virtual class meeting, according to a student taking the course.

A student at the university recorded the Zoom class session, which took place on September 29. In video obtained by Campus Reform, Shapiro is heard discussing groups that create a "white nationalism" ideology to influence others into thinking equality will take things away from them. Shapiro then explained how she believes this is done.  Shapiro was a guest speaker in the class, which is taught by Nada Mustafa Ali.

“The United States baked in white supremacy into the Constitution.”

“You begin to take over government, with the polarization and the grievance mentality. And you take control where you can, the judiciary, voting, local government. And you do whatever you have to, to gain power," Shapiro said. "You say ‘We cannot appoint, we cannot let Barack Obama appoint a judge. That would be wrong, the people must elect.’ Then you now you have Trump in the presidency and all of a sudden you have a corrupt government that says, ‘We must, we must let the president select.’”

Shapiro appeared to compare present-day America with Nazi Germany, asserting that “the United States baked in white supremacy into the Constitution.” Moments later, she recalled a Jewish event she attended with Holocaust survivors and their ancestors.

[RELATED: Professor: 'As a White American, I am by definition racist']

“All of us there the writers, discussers, the scholars, the survivors, we thought this would never happen again. We thought we never were going to see fascism of the Nazi Germany sort ever again. We now have children on the border in cages, we have the criminalization of immigrants, we have a criminal who’s a President and who’s going down in flames, don’t think he’s not," Shapiro said.

Shapiro continued on to say that “Republican militias with armbands” are preparing to go to the voting precincts to suppress voters.

“And look I didn’t use to say Republican Democrat but now that we have Nazis, we’ve got to do it," Shapiro said.

When the student who was recording, Mary O'Sullivan, stated that she doesn't think Trump is a Nazi, Shapiro interjected, stating, “Okay, alright great Mary this is not the debate I’d like to have. You asked me a question...And let’s have this offline, okay? I’m, I’ve got to be done with Mary."

“Alright so maybe he’s not a Nazi maybe he’s just a fraud and a criminal but..." Shapiro later stated.

O'Sullivan then said, “Well can I just say something please? It’s about the children at the border, are you aware of how many children are trafficked into this country?”

“Oh Mary, of course I am," Shapiro responded.

“Because I think that that’s a really big human rights issue that no one speaks about," O'Sullivan said.

“And so, Mary you would like us to talk about trafficked children? Alright, let’s do it some other time," Shapiro said. “Trafficking is an abomination Mary. As is the President who is willing to talk in public about having sex with his daughter. Just saying,"

At the end of the video clip, Shapiro expressed remorse.

“I apologize for the intensity being dialed up.” Shapiro said, before offering O'Sullivan her "apologies."

"Both professors allowed students to pretty much label me as a 'racist Republican,'" O'Sullivan said. "She thought my comment was disgraceful and she did not want to accept a student disagreeing with her absurd claim."

Comments from students agreeing with the professor can be seen throughout the video.

Another student asked, “What classes are you teaching next semester?" and another one simply chimed in, “facts^”

One student wrote, “B*TCH NAH” when O'Sullivan she doesn’t believe Trump is a Nazi. Another stated, “and [right now] professor Shapiro is speaking facts.”

“I absolutely suggest taking her class! She is amazing and always speaks her mind fearlessly.” Another student states, “It comes from a place of privilege to claim that supporting Trump does not affect people.”

A spokesperson for UMass-Boston told Campus Reform that they are "reviewing the facts" in this case.

“The University of Massachusetts Boston takes pride in its faculty of extraordinarily qualified scholar-teachers and their deep commitment to presenting students with conceptual material designed to broaden their knowledge base, inspire analytical thinking, and challenge uncritical assumptions," the spokesperson said. The University is also fully committed to assuring free expression of opinion to all in its various communities (students, staff, faculty), encouraging civil discourse on controversial topics among all parties, and creating classroom climates that respect diversity of outlook. In the present case, the University is carefully reviewing the facts and will follow up as it deems appropriate, with due attention to the confidentiality of any individuals and disciplinary procedures.”

Campus Reform reached out to Shapiro for comment but did not receive a response in time for publication.