Eduardo Neret and Ashley Carnahan Digital Reporter @eduneret on Oct 10, 2020 at 9:00 AM EDT 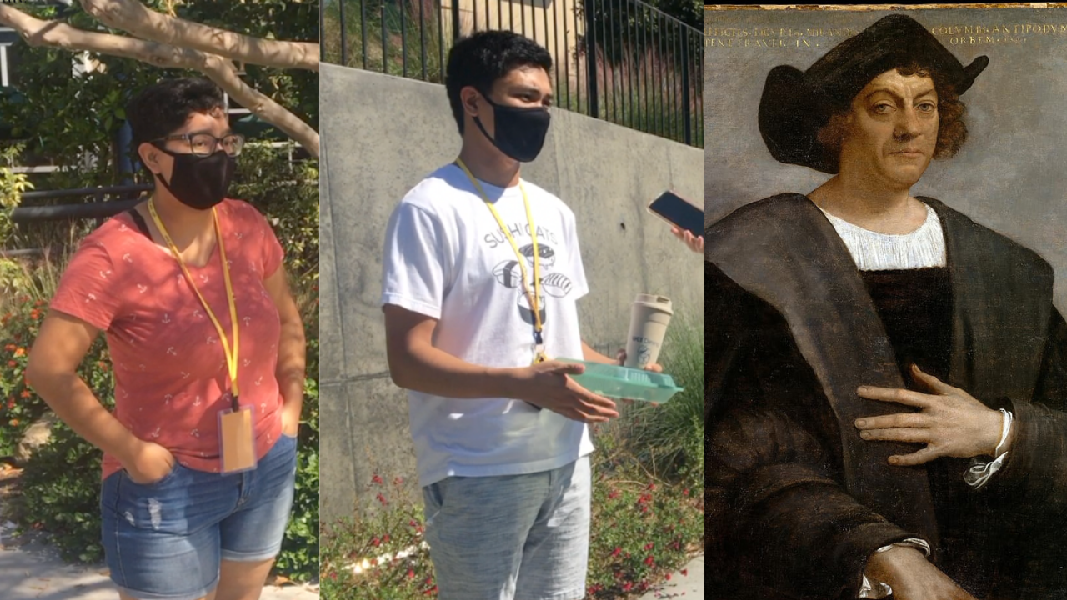 “Because Columbus, like from what I remember in history, he enslaved a lot of Native Americans or like he caused a lot of like slaughters for them."

“Because Columbus, like from what I remember in history, he enslaved a lot of Native Americans or like he caused a lot of like slaughters for them,” one student claimed.

Another student agreed, adding that "White people" have "stomped" over Native American culture.

“Especially in America we need to respect, like, that culture. They were here first. It’s their culture and us as White people we have kind of stomped all over it.”

When asked if they believed Columbus was a white supremacist, most students agreed.

"Yes I would [call him a white supremacist] because of all the plagues he brought, of the oppression of Native Americans that is still here today," one student said.

"Americans, we teach white history," another student added. "We don't teach a lot of other cultures' history. We only teach like white American American history."