Following events in 2017, the college's undergraduate enrollment has declined by nearly 45 percent. 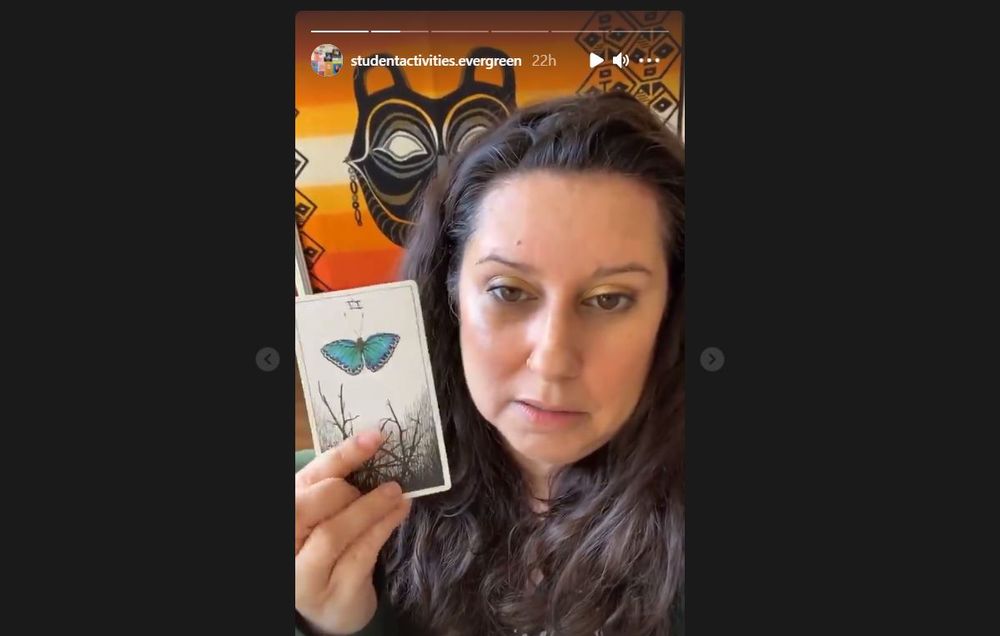 Melissa Bennett, who records the tarot card readings, is the student activities assistant director of spirituality and meaning-making at Evergreen State College. She has been engaged in spiritual care since 2008, and is described on the school’s website as a “poet, storyteller, storylistener, educator, and tarot reader rooted in the spiritual traditions of her Nimiipuu and Anishinaabe relatives.”

One tarot card reading, for example, describes the "eight of wands" tarot card, which is about "sudden change" and "sudden shifts," according to Bennett.

"Being open to change, being open to the unexpected and seeing what can come out of that because you never know, sometimes the unexpected change can bring really wonderful things into your life," Bennett said in one of the tarot card readings.

She is also an Evergreen State alumna, earning her B.A. in 2002 with a focus on Indigenous Studies and Creative Writing. She later earned her Master of Divinity degree and two graduate certificates in Spiritual Care & Counseling and Theological Studies from Marylhurst University.

Bennett served as the Senior Program Coordinator for the Native American Student and Community Center at Portland State University for four years and then moved to Evergreen  State where she has worked in Student Activities since 2017.

Evergreen State gave Bennett the official title of Assistant Director of Spirituality and Meaning Making in October 2020. In this role, she offers one-on-one spiritual care to students.

The school has long hosted an annual two-part event known as the “Day of Absence and Day of Presence,” which traditionally begins with a day of off-campus programming for students of color (the “day of absence”) that coincides with on-campus workshops for the white population, followed by a “day of presence” during which students compare notes from the experience.

Professor Bret Weinstein sent an email to staff arguing against the changes.

This resulted in an on-campus confrontation between Weinstein and student protesters, in which Weinstein attempted to talk with the students, who in turn called him a “piece of sh*t” and asked for his resignation. Weinstein resigned later that year.

Enrollment at Evergreen State has steadily declined since 2017. According to school records, it had 3,610 enrolled undergraduates in 2017. In 2018, there were 3,018 students enrolled.

Evergreen State College did not respond to a request for comment in time for publication.