Syracuse U claims 'identity-based' student housing is 'open to all'

Syracuse University announced that is creating an "identity" based housing communities.

A spokeswoman for the university insisted to Campus Reform that, despite the name, these facilities would be "open to all." 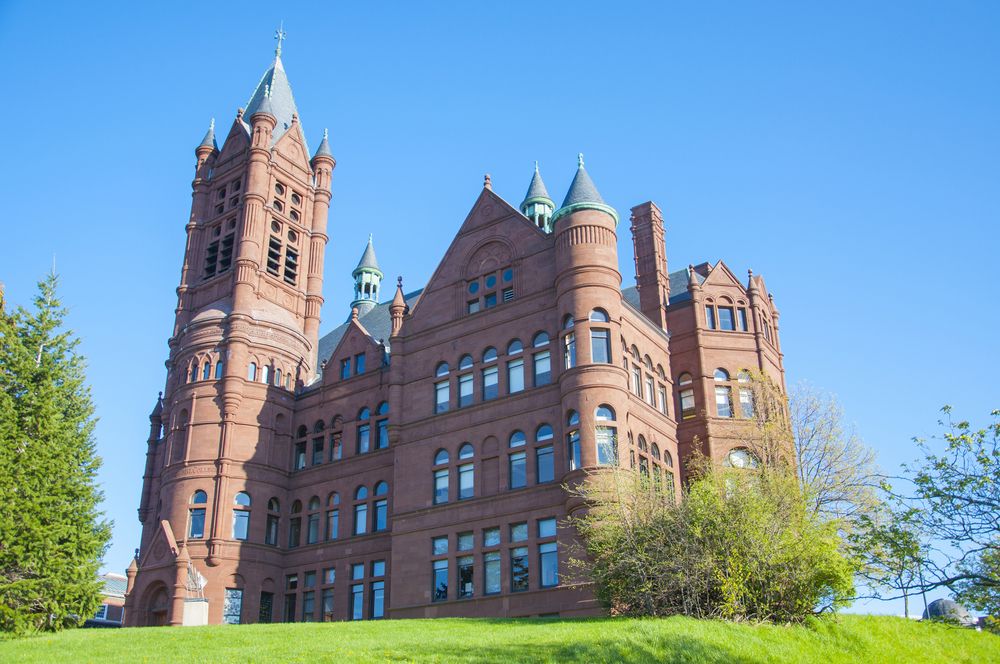 Syracuse University has signaled that it will provide housing options based on “identity," and will create an Indigenous Living Learning Community, with priority given to "Native students and allies" for admission into the community.

The university announced in an email its monthly update on “Campus Commitments'' toward Diversity and Inclusion. Included were plans to add "learning communities or identity-based housing communities" to "as many residence halls as possible."

[RELATED: Syracuse protesters had no plans of ending month-long sit-in, even amid COVID-19 pandemic. They've now changed their minds.]

The university highlighted efforts made toward its goal of hiring 32 clinical counseling staff, bragging that 50 percent of the current staff "identify as white," while the other 50 percent "identify as a person of color," according to the email.

Listed were updates announcing the hiring of an "Indigenous-identifying" counselor, and the university’s plans to hire an “Indigenous healer." The university assured it will "prioritize the recruitment of staff with diverse identities when vacancies occur on the counseling staff.”

"Future recruitment efforts will be targeted to Indigenous nations/tribal communities," the email continued. Other announcements included the housing location of the university's new Native Student Program, as well as the launch of a new “antisemitism education and prevention training” program.

The university added that it approved the curriculum for SEM 100, a mandatory course for first-year students to “discuss topics such as identity, power, privilege and history, in support of building a meaningful Syracuse University community.”

“It is our goal for every student, staff member, and faculty member to feel their presence and lived experiences are valued and welcomed,” the email concluded.

The university began updates like this one in an attempt to appease several demands made by protesters who were angered by a string of racist graffiti incidents that occurred on campus in November. While the chancellor initially agreed to most of these demands, protesters persisted in calling for his resignation, as he did not agree to segregated housing, among other demands.

Cesar Gray, a senior at Syracuse University, told Campus Reform that he is “largely opposed” to implementing identity-based housing communities.

“If White students had been the ones demanding these segregated spaces, nobody would deny the racist motive. On the other hand, a small part of me can't wait to see how this stupid idea backfires later down the line.”

“I do think it’s important that students have access to mental healthcare professionals that they’re comfortable with, whatever that reason may be,” he told Campus Reform.

“In the context of these other changes though, I do worry that it reflects a deterioration of race relations on campus. I would hate to think that we are regressing back to the point of having segregated housing, mandated or otherwise,” Leroux concluded.

Syracuse University spokeswoman Shannon Feeney Andre told Campus Reform "our identity-based living-learning communities are open to anyone interested in learning more and exploring identities and cultures. Some are specifically for first-years, while others are open to all."

Justine Brooke Murray is a New York Campus Correspondent, reporting on liberal bias and abuse for Campus Reform. She is a Junior at the Maxwell School at Syracuse University, majoring in Political Science. Justine is the Founding Chair of Syracuse University’s Young Americans for Freedom chapter and the former Chief of Staff for the New York Federation of College Republicans. She stood with President Trump at the White House when he signed the Ca…