Campus Reform | EXCLUSIVE: Inside the Kentucky college event that equated Trumpism to 'terrorism'

EXCLUSIVE: Inside the Kentucky college event that equated Trumpism to 'terrorism'

Berea College in Kentucky hosted a “Gender Talk” on “white citizenship as terorrism” which describes “Trumpism” as the “core” of terrorism.

The seminar was organized by the Women’s and Gender Non-Conforming Center whose goal is to “teach the campus and community how to navigate and agitate against these structures of power.” 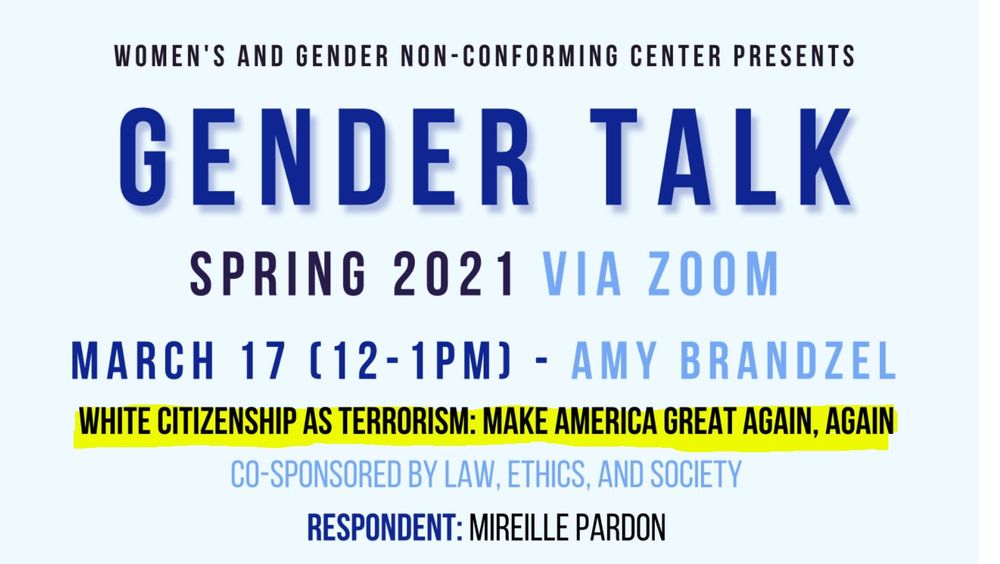 The Zoom seminar was open to the public and co-sponsored by Law, Ethics, and Society at Berea College. According to the university's website, “this talk offers to resituate Trumpism and white citizenship as forms of white terrorism enacted against the majority of people living within the borders of the U.S. and beyond.”

“If terrorism is defined as the use of violence and threats to create a state fear towards particular communities and identities, then this is what ‘Trumpism’ is at its core,” states Berea’s event website.

The title “Make America Great Again, Again” was created to “refocus” the audience on “how the last four years of daily tweets and administrative actions redefine whiteness.” According to the event’s description, Donald Trump’s former campaign slogan is a “seemingly benign promise.”

Berea’s “Gender Talk” describes this promise as aimed towards “segments of White America” who are “mourn[ing] their so-called loss of privilege, consistently begging to return to the nostalgic past in which their esteemed value as white citizens went unquestioned.”

Brandzel is currently collaborating with the LGBTQ Resource Center at her university to build an “LGBTQ Course Guide” with the goal of forming a Queer Studies minor. She has multiple publications including Queering the Subject(s) of Citizenship: Beyond the Normative Citizen in Law and History, and a book titled Against Citizenship: Queer Intersections and the Violence of the Normative.

The Women’s and Gender Non-Conforming Center describes its “flagship Gender Talk” as a series hosted by “leading feminist scholars, activists, and artists who can teach our campus and community how to navigate and agitate against these structures of power.”

During the seminar, Brandzel addressed the controversy surrounding the event, stating, “I hear there’s been some press and some controversy around the talk today. Interestingly enough it's those controversies and the way that some media... have reacted to the description of this talk is exactly the point. That is there are tendencies to situate Whiteness as vulnerable, as in trouble, as needing protection.”

“To say that Whiteness needs protection, needs media up in arms, needs people to send threatening emails to my colleagues here or myself. This is the narrative of White woundedness that my talk is very much about today,” the professor said. “Because historically as well as contemporarily Whiteness has been synonymous with American or U.S. citizenship.”

Brandzel talked extensively about citizenship laws in the United States and the barriers that minority communities have faced in the past 200 years while trying to become legal citizens.

The UNM professor tied in former President Donald Trump by naming some of his immigration policies and stating that “according to most scholars the Trump administration removed more rights than any administration in our history.”

Terrorism in today’s society was one of the main points discussed during the lecture.

Brandzel explained that “it’s easy to say that terrorizing people of color is in the past, if we ignore the tweets, the legal actions and the constant debates in our media about whether or not this or that is racist, if or this or that person is worthy.”