NC State school song criticized for including the word 'Dixie'

Jackie Gonzalez, who was elected student body president for the 2017-18 school year, begins her op-ed in The Technician by introducing her identity, explaining that she is writing as a both “a student leader and person of color at a predominately white institution.”

Despite the “protests and distaste for campus statues and building names” that she has witnessed on other campus, Gonzalez said she initially assumed that NC State would avoid similar “public scrutiny” due to its lack of controversial public displays, but has since determined that the school faces a distinct but similar problem.

“Though we don’t have statues or buildings commemorating confederate [sic] and/or racist people (that we know of), we force students of color to sing the word ‘Dixie’ in arguably the most sacred song that any Wolfpack member gets to sing, the Alma Mater.” Gonzalez writes.

“Your interpretation of the word dixie [sic] might be different than mine,” she acknowledges after defining “Dixie” as a reference to “the southern states of the United States, especially those that were formerly part of the Confederacy,” adding that the term is derived from the Mason-Dixon Line separating Maryland and Pennsylvania.

“To you, it might not mean anything. To you, it might be harmless devotion to our nation’s history. To you, I might be overreacting,” she notes, but then asks, “Is a word harmless when it shoulders a weight on the backs of our students of color? It is much more than a devotion to our nation’s heritage. It’s etched and effortlessly sung in every area of our university experience.”

Calling college a “breeding ground for difficult conversations and intellectual growth,” she encourages readers to ask peers how they feel about Dixie and ask faculty about racial biases, explaining that she wants students to be uncomfortable when thinking about the word and its apparent racist ties.

“This homecoming season, I want you to try to relish the Alma Mater, and the word you sing as you stand next to your friend who is Black, Hispanic/Latinx, Native American, or Asian,” she instructs. “I want you to be uncomfortable and think what this word would mean to you if you lived with the weight of racism on your back every day.”

She then asks students to consider whether they are willing to “carry the weight” of the word by continuing to accept its inclusion in the Alma Mater song, suggesting that the term should instead be relegated to a museum.

“I want you to ask yourself, if this word is harmless, if it is history, if it doesn't mean any harm, why can't it be kept in the museums where we commemorate our history?” she writes. “Also ask yourself: Do I want this word? Do I want its history? Will you shoulder its weight? The answer you give determines the burden or the lack thereof that your peers and loved ones carry.”

Gonzalez concludes by urging students to attend a November 14 dialogue about “the racial implications of the word ‘Dixie’ in our Alma Mater” hosted by the Division of Academic and Student Affairs’ (DASA).

According to the school's website, the Alma Mater was composed in 1925 by alumni Alvin Fountain and Bonnie Frank Norris, and opens with the lyrics, "Where the winds of Dixie softly blow/o'er the fields of Caroline/There stands ever cherished, N.C. State,/as thy honored shrine."

Both Gonzalez and Fred Hartman, NC State’s executive director of public relations, were unavailable for comment. 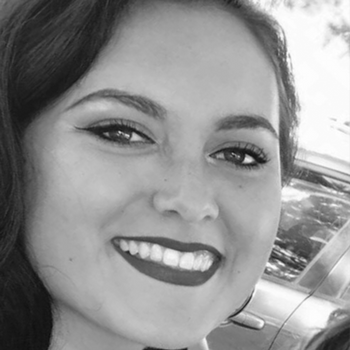