The Department of Justice (DOJ) filed a statement of interest in support of a lawsuit against Pierce College and the Los Angeles Community College District late last month.

The lawsuit was filed by Kevin Shaw, a student at Pierce College, on March 28 as a part of the Foundation for Individual Rights in Education Million Voices Campaign. His lawsuit stems from an incident in November 2016 when he distributed Spanish-language copies of the U.S. Constitution on a public walkway as a part of a recruitment event for his Young Americans for Liberty chapter.

A school administrator approached Shaw and told to return to the designated free speech zone, an area of approximately 616 square feet, which comprises about 0.003% of the total area of the 426-acre campus, according to the Foundation for Individual Rights in Education.

The administrator told Shaw he would need to fill out a permit application to use the free speech zone, and that if he refused to comply, he would be removed from campus.

A dismissal hearing for the suit was scheduled for November 14, which will determine if the suit may proceed. The incident has also resulted in Pierce College donor H. Dennis Beaver placing his donations on hold until the college addresses its free speech policies.

The brief, filed on October 25 by the Attorney General’s office, states that “[t]he United States has an interest in protecting the individual rights guaranteed in the First Amendment.” It also argues the right to free speech is the only “effectual guardian of every other right.”

The statement of interest comes on the heels of Attorney General Jeff Sessions’ call for a “recommitment” to free speech by colleges and universities.

The lawsuit against Pierce College is another in a long line of cases attacking the trend of restrictions of individual rights by colleges and universities.

In addition to the Pierce College lawsuit, the Foundation for Individual Rights in Education (FIRE) is embroiled in a free speech lawsuit against George Washington University on behalf of the school’s Young America’s Foundation (YAF) chapter, which was investigated by the university for a controversial satirical poster concerning Islamo-Fascism Awareness week, an event held by YAF in 2007.

The DOJ also filed a statement of interest in September in support of a lawsuit against Georgia Gwinnett College concerning potential First and Fourteenth Amendment violations. The lawsuit was filed on behalf of Chike Uzuegbunam after he was confined to two free speech zones and told not to discuss his Christian faith because it was classified as disorderly conduct.

Moreover, the DOJ is currently investigating affirmative action policies at Harvard University following a lawsuit by several Asian-American groups claiming that the prestigious university’s admissions process discriminates against Asian students under the guise of affirmative action. The investigation is also looking into admissions policies at the University of North Carolina.

However, despite concern from the federal government and civil rights groups, some schools are engaging with the issue of free speech. The University of California-San Diego, for instance, hosted a public lecture on November 8 on free speech with Tom Healy after a “free speech ball” was stabbed last month. 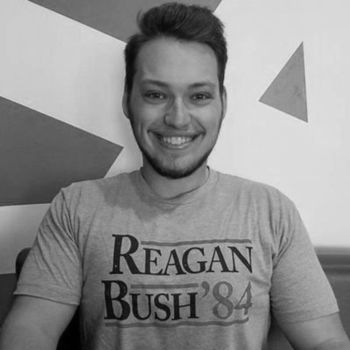