Prof complains there are 'few liberal havens' in academia

An anonymous professor insists that contrary to their reputation as “liberal ‘havens,’” college campuses are actually hotbeds of “institutional racism.”

The anonymous professor, who describes herself as “a black woman faculty member at a HWCU (or historically white college or university),” claims in an op-ed for Inside Higher Ed that she entered academia with high hopes that it would provide “social protection, professional stability, and financial freedom,” but has since concluded that “I was wrong.”

Disputing the notion of “colleges as manufacturing plants for little liberal soldiers” as “a fairy tale created by political conservatives to reconstruct classism around education rather than political affiliation,” she declares that she has “found few liberal havens in academic spaces,” and speculates that her experience is far from unique.

Comparing her treatment in academia to “death by a thousand cuts,” the professor asserts that most faculty of color spend their days “ducking microaggressions, hurdling stereotypes, and navigating emotional distress,” adding that even after enduring those difficulties, “most of us will be denied tenure, and many will be too exhausted to protest if we managed to land a tenure-track job at all.”

Noting that “I came to the academy to create platforms for change,” the professor says that “instead I found an institution where skepticism permeates discussions of inequality and willful ignorance of prejudicial rhetoric perpetuates discrimination.”

The professor even asserts that “the job of a professor is physical work” because of the need to “exert power where it is not assumed” and remain constantly vigilant about body language.

“A short critical comment in faculty meeting requires brute force to momentarily pause my shaking hands as I stand to address fellow faculty,” she writes. “There is no alternative action in this example. To allow my hands to shake would undermine the little power I’ve amassed, but the physical exhaustion I feel afterward is palpable.”

Meanwhile, she says, “the impact of white supremacy on campus is often silent in its devastation,” because with “low levels of students trust in faculty and staff, marginalized students have few spaces where they can speak openly and without fear of recourse.”

“I listened to them, tried to console them, to temper the anxiety and frustration plaguing them. I met with anyone with institutional power to plead my case. I lost sleep, I cried. I want to give these students a voice but almost lost mine in the process.”

Implying that she had few supporters anywhere on campus, the professor added that instead of finding “like-minded peers,” she has only found “antagonists.”

“I endure affirmative action jokes from white colleagues and passive digs at my inability to ‘look like a professor,’” she elaborates, adding that “students of all races challenge my syllabus, threaten to go ‘over my head’ to their white man professor of choice, and reject social inequality discussions in the classroom.”

Even administrators, she claims, “are happy to use my efforts to promote institutional diversity initiatives but routinely ignore my recommendations for effective structural and cultural change” because “many students and staff members regard me as a member of the liberal elite pushing overwrought theories of social inequity on the next generation.”

The professor concludes by declaring that she has “stopped using institutional change as a marker of success,” accepted the possible futility of her dreams of being awarded tenure and publishing social justice research in a peer-reviewed journal, and now prioritizes her “stability, health, and happiness.”

“I have dedicated hundreds of hours to improving the academic experiences of the marginalized at my institution. It hasn’t made a difference, but I will not stop fighting,” she concludes, later elaborating that “I don’t need to create a more liberal environment to experience success” because simply “continuing to raise my voice is success.”

The author of the op-ed declined a request to comment from Campus Reform. 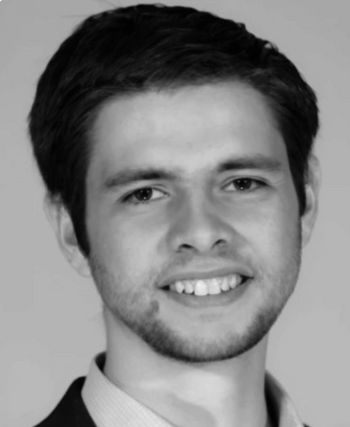