A recent exam in a political science class at San Diego Miramar College featured questions calling sweatshops a product of capitalism and describing the War on Terror as a massive "propaganda" effort.

The first question on the exam given to students in POLI 101: Intro to Political Science, taught by Professor George Kallas, equates capitalism to a "process of exploitation" in the context of describing “sweatshp [sic] conditions.”

The second question dismisses the "the whole ‘war on terror’" as an example of propaganda, claiming that the terminology is simply an attempt to manufacture “uncritical acceptance of government policy and practice” through “the simplification of complex subjects and use of an undefined yet ever-present enemy and threat.”

The question elaborates that this is achieved “through the management or manipulation of the news media through government announcements [...] such as how to survive a nuclear or terrorist attack,” adding that “the frequency of such messages is designed to affect public perceptions” by influencing the “‘news’ agenda” of media programs.

“On a subtler level, a climate of insecurity is also maintained with the production of films about alien invasion, natural disasters, and foreign invaders,” the question concludes, implying that collusion between Hollywood and Washington is also part of the government’s “propaganda” efforts.

Kallas has made his opinions regarding capitalism quite clear during class lectures, referring to himself as an "anti-capitalist" and attacking the "environmental degradation" of neo-liberal economic policies while deriding the unprecedented innovation and prosperity that has resulted from these policies as "rampant consumerism."

In addition, required reading for the class includes The Anti-Capitalist Dictionary, which provides definitions and explanations of various political and economic terminology from a left-wing perspective.

Kallas has been similarly upfront about his feelings on the War on Terror, asserting for instance that the United States is the "aggressor" in the Middle East conflict, and is the number one terror state in the world.

According to the course description, POLI 101 is an “introduction to the field of Political Science” intended for both Poli Sci majors and students who are merely interested in political science.

“Emphasis is placed on the concepts and methodologies used in the study of political institutions, political participation, public opinion, and the international political system,” the synopsis explains. “Topics also include a survey of political theory and the history of American political ideology and culture.”

Campus Reform reached out to Kallas for comment, but he declined to provide a statement for this article, suggesting instead that the entire class discuss the matter at its next meeting. 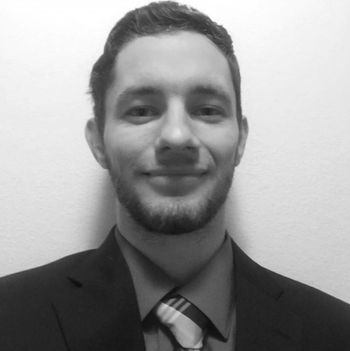