A dormitory display at Santa Clara University warns white students to “understand your privilege” and use their “power to advocate” by calling out racial microaggressions.

The “S-know your Whiteness” display, decorated with an apple and a print-out of Disney Princess Snow White, tells students that “whiteness” is an “ideology” that is “socially constructed,” noting that it has been selectively applied even to white people.

“Race has no scientific basis,” the display reads, asserting that “we learn and conform to the ideology [of race] as we are socialized into the world.”

Whiteness “is about power,” according to the display, which adds that “whiteness is often invisible to ‘white’ people, perpetrating inequalities.”

However, the display also indicates that whiteness is fluid, citing anti-Irish sentiments in the United States during the early 20th Century as evidence that white skin does not necessarily confer the privileges of whiteness.

The bottom of the display includes links to Harvard University’s “Implicit Bias Test,” as well as a resource page produced by the University of Calgary to help white students understand their privilege.

The website for McLaughlin-Hall dormitory, where the display is located, explains that the on-campus residence hall has a theme of unity that “offers students numerous opportunities to explore all aspects of diversity.”

Some of the programs sponsored by the residence hall include events centered on social justice, sexuality, gender, and race.

“The exploration, understanding and appreciation of diversity are fostered through courses, co-curricular programming and residential programming,” the website states. “We strongly believe that exposure and understanding of different ways of thinking is essential to reaching one's potential.”

Alex Stewart, a sophomore at Santa Clara University studying Economics, told Campus Reform that he does not believe that his school truly promotes understanding of alternative ideas and thought.

“My initial reaction to the display was that I go to a university that hides an aggressive liberal agenda behind the mask of Jesuit values,” Stewart remarked of his first encounter with the display on Tuesday, though he acknowledged that it is somewhat more polarizing than other things he has witnessed on campus.

“Santa Clara markets themselves as a university for all, but values only those who agree with their line of thinking. It feels like they are shaming people for their skin color,” he added. “Time and time again Santa Clara has prioritized diversity of appearance over diversity of viewpoints. It is degrading the quality of the university.”

Campus Reform has reached out to the university, the residence hall, and its Resident Advisor, none of which have provided responses. 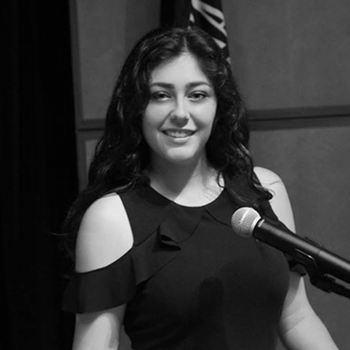