Controversy ensued at the University of Toledo when the school’s chapter of Young Americans for Liberty hosted Larry Pratt, Executive Director Emeritus of Gun Owners of America.

The chapter, one of about 900 nationwide, invited Pratt to give a lecture Wednesday entitled “Eliminate Gun Free Zones” as a way to provide balance to the debate on gun control in the wake of the Parkland, Florida school shooting that left 17 dead.

Some students, however, were apparently uninterested in balanced debate, preferring to accuse the group of racism and white supremacy.

“Good afternoon. Just a reminder that @ToledoYAL is bringing white supremacist @larrypratt to speak on @UToledo 's campus today,” Connor Kelley, a member of the school’s College Democrats chapter, tweeted the day of the event.

“Today is the 50th anniversary of MLK's assassination,” he added a few minutes later. “The students of @ToledoYAL decided to remember him by inviting a white supremacist to speak on campus.”

Kelley, notably, was involved in another campus controversy recently when he defended the College Democrats' decision to hang a large banner in the student union depicting Donald Trump with a KKK hood.

The College Democrats continued their harassment during the lecture, according to YAL Chapter President Jolie Schlievert.

“They smeared our speaker as a white supremacist and continually interjected in the speech,” Schlievert told Campus Reform, adding that their demeanor was extremely rude and that she “could not be more disappointed by their behavior.”

Nor were the College Democrats the only ones targeting YAL.

Other students tore down YAL’s posters advertising its event, putting up other posters in their place stating “White supremacy has no place here” and “Black Lives Matter Not White Supremacists.”

On Tuesday night, Jessica Harker, the opinions editor for The Independent Collegian, the university’s student newspaper, was caught on film tearing down advertisement posters. Upon being confronted, she looks straight into the camera and sneers, “Do something”.

“As Editor-in-Chief of the Independent Collegian, I along with our entire staff, am deeply disturbed by the actions of one of our editors,” the statement asserted.

“While staff members have the right to their own opinion, we as a paper also have the responsibility to hold them accountable for their actions, particularly those that so strongly go against our values as a newspaper,” it continued, adding that “as of this morning, the editor in question is no longer affiliated with the IC” and pledging that “we will ensure that nothing like this happens in the future.”

The YAL chapter’s Facebook page states that posters were torn down at least four times, necessitating their repeated replacement.

Despite these setbacks, YAL deemed the lecture a success, generating a large turnout and contributing to the campus conversation about gun control despite a brief disruption caused by an individual that YAL identified as a local Black Lives Matter activist. 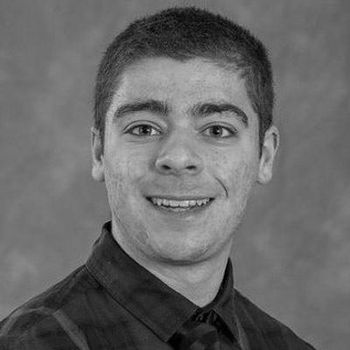