Mysterious manifesto tells students 'you are not safe here'

UPDATE: At 12:35 PM on Monday, April 9, the University’s Office of Communications and External Relations released a statement regarding the blog post. According to their statement, “there is no evidence to suggest that this expression constitutes an actual threat to campus. University officials are viewing it as free speech, which is protected even if it makes others feel uncomfortable.” The Office Dean of Students rejoined and further went to explain that there will be an open discussion in Benson 301 from 3-5, for students to voice their concerns to “caring staff.”

Late on Sunday, April 8, several Wake Forest students received a mysterious email from “Farinata Sextus” with the extremely foreboding and potentially threatening subject “you are not safe here.”

The email, which contained a highly detailed, ominous, and provocative set of demands, quickly spread and generated discussion among Wake Forest students. The email directed recipients to visit a website called the “Sixth Circle,” where the same demands were listed.

The identity of those who wrote this post and email and their affiliation with Wake Forest University is unclear at this juncture. Tim Wilkinson, the Associate Dean of Student Engagement, said in an email to Student Government legislators that the Sixth Circle email was forwarded to WFUPD and they will assess what threat, if any, it could pose to students on campus.

Addressing Wake Forest at large, five writers who claim to have been “phased out of…clubs, kicked out of…parties, left out of…meetings, and passed over in…rushes” have “chosen to scream” about a set of five issues regarding the cultural and academic status quo of the university: the campus political climate, the student code of conduct, the treatment of staff at Wake Forest, an abolition of Greek life, and major structural overhauls to the curriculum.

First, the writers—who use the pseudonyms Dante, Virgil, Beatrice, Lucifer, and Farinata, or “the Heretics of the Sixth Circle”—take major issue with the political climate at Wake Forest. Dubbing the Wake Forest Review an “interest convergence nightmare,” the authors maintain that a political gridlock exists at Wake Forest, where organizations such as the Wake Forest Review, College Republicans and Democrats, and The Old Gold and Black maintain institutional control over dialogue.

The five authors charge that the Student Code of Conduct is “not made by us [WFU Students], nor ever was it made for us.” Heavily critical of free speech zones and other proposed changes that restrict both the methods and areas with which students can express themselves, the authors contend that President Hatch “is afraid of what our voices can sound like when we all scream as one.”

In a response to the Sixth Circle email, Student Government President Spencer Schiller reminded its authors that the school just underwent a Code of Conduct review that actively pursued and used the advice of students.

Third on the list of their grievances is a perceived maltreatment of Wake Forest staff. Alleging that most Wake Forest students have at some juncture observed “drunk daddy’s boy give a worker flack [sic],” the authors believe that there is widespread underpayment and abuse of workers. This abuse, in their estimation, stems from the company Aramark, which contracts staff for the university. The authors proceed to claim that Aramark “oversees a devaluation of workers’ lives.”

Schiller also pointed out in his response that Aramark will implement a minimum wage of $11.10 for its staff at Wake Forest next year.

The writers of the email also penned a section attempting to deconstruct social Greek organizations on campus, branding them “fundamentally coercive.” Calling for the complete abolition of social fraternities and sororities, the five authors believe that the organizations act in a way that creates “hotbeds for sexual assault, a fact we all know but refuse to speak about,” as well as generally stymying individualism on campus.

In his response, Schiller showed that one cannot fulfill a cultural diversity requirement with an AP credit, and also pointed out that there is an on-going comprehensive curriculum review which seeks to update Wake Forest’s curriculum.

The writers claim that they “come in peace, relatively speaking” and that they encourage massive cultural and academic changes at the university. They speculate that multiple student groups are already pursuing channels to suppress their writing, whether it be through Campus Police, “the right..call[ing] their donors to pick apart our demands,” or the left formulating “safe spaces” as a reaction.

This, according to the authors, is “not Wake Forest’s first foray into hell, and it will not be the last.”

This article was originally published in The Wake Forest Review, a conservative student newspaper affiliated with the Leadership Institute's Campus Leadership Program. Its articles are republished here with permission. 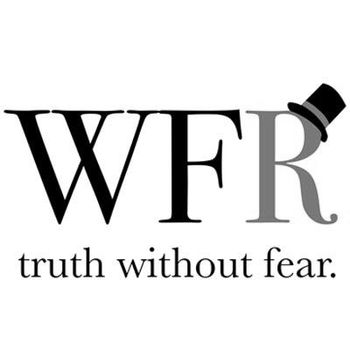