On March 9, the Washington and Lee University Bookstore and the Lee Chapel Museum Shop removed a book from their shelves after a Washington and Lee (W&L) professor accused the book of painting a sympathetic picture of the Confederate States of America and the Old South.

The book in question was a children’s book written about Robert E. Lee’s beloved companion and most trusted warhorse, Traveller.

My Colt: The Story of Traveller was written by Margaret Samdahl, who worked at the Lee Chapel Museum for 13 years. Samdahl says that she decided to write the book to respond to Lee Chapel patrons’ demands for a child-friendly book on Traveller. Using the Special Collections archive at Washington and Lee as well as other research materials available at Leyburn Library on W&L’s campus, Mrs. Samdahl embarked on a decade-long effort to bring the story of Traveller to a younger audience.

Lee Chapel purchased copies of My Colt on February 27, and the University Bookstore followed suit on March 3.

However, after the book and a book signing event at the university were advertised in the daily Campus Notices on March 8, the administration received a complaint from a professor who objected to the content of the book. It was subsequently removed from both the Museum Shop and the University Bookstore, and the book signing event was abruptly cancelled on March 9.

Though the professor’s outrage over the contents of the book was cited as the initial cause of the book’s removal, the university called Samdahl two weeks later to explain that the book had been removed because it was self-published and had not been peer-reviewed.

This explanation by the university administration does not hold up because the book had already been accepted by the Museum Shop and the University Bookstore, implying that it had already received some sort of review by the managers of those respective venues, and had been for sale in those venues for almost two weeks before it was removed. Meanwhile, both Virginia Military Institute (VMI) and Stratford Hall, Robert E. Lee’s birthplace, reviewed and accepted the book with no problems.

[POLL: Most Millennials have no problem with Confederate monuments]

An uproar soon erupted within the W&L and Lexington communities. Don Samdahl, Margaret’s husband and a longtime librarian at VMI, sent several letters to President Dudley protesting the removal of his wife’s book. In a letter written to President William Dudley on March 19, Mr. Samdahl accused W&L of ignoring the commitment that it made to free speech on campus in its 2015 “Affirmation of Freedom of Expression at Washington and Lee University” and of attempting to censor the books available for sale in Lee Chapel and the University Bookstore.

Soon after Mr. Samdahl’s letter on March 19, other members of the community lent their voices to the protest, and after vanishing from the shelves for three weeks, My Colt returned to both stores on April 2.

“W&L suspended sales of My Colt: The Story of Traveller due to concerns raised by faculty members,” W&L President William Dudley explained to Mr. Samdahl in his reply on the same. “These concerns led our staff to initiate a review of the policies and practices that govern the selection of books for sale in our retail locations. Having determined that the book does not violate current policies, the book is once again available for sale on campus.”

However, this statement reveals a few problems with the university’s version of events. The university originally claimed in its phone call to Mrs. Samdahl that the problem with the book wasn’t necessarily the content, but the procedure by which the book was accepted. The university attempted to blame its removal on concerns over formalities like peer review and self-publishing, rather than on a faculty member’s objection to its content. However, President Dudley admitted in his letter that the book was removed due to the concerns of a faculty member.

Also, the book stayed off the shelves at W&L for three weeks, which the university claims was due to the review process required to exonerate the book from the allegations levelled against it. It took three weeks to review a 37-page children’s book. I read the book in about fifteen minutes, and I read it slowly to spot anything that could provide a basis for the faculty member’s concerns.

I saw absolutely nothing wrong with the book. In fact, Mrs. Samdahl commented that she wrote the book to provide a balanced view of history and to focus on the experience of a horse in the Civil War rather than the conflict itself, and she succeeds in that effort. The book avoids any potentially controversial issues and squarely focuses on the story of the horse in question.

It is good and just that the book has been restored to the Museum Shop and the University Bookstore. However, the fact that a children’s book about a horse engendered such a controversial incident showcases the efforts of liberal academia to suppress any literature that does not take a political stance that it endorses, as well as to create a political issue out of just about anything, even children’s literature. The professor who initially had the book removed not only objected to the book because it supposedly painted a rosy picture of the Confederacy (Spoiler alert: it doesn’t), but also because it does not take the proactive step of condemning it.

The book is starkly non-political, appropriate for a children’s book, and the fact that it remains so even when discussing an issue as divisive as the Civil War is unacceptable to many on the left. In today’s ever more politically polarized world, it is not enough to simply report the historical facts or to present a historical story without making a moral judgement on those facts and that story. The Left has adopted the same “If you’re not with us, then you are against us” ideology that George W. Bush did during the War on Terror.

This kind of thinking separates everyone and everything into two camps: the people and books who agree with the liberal agenda are good, while those who do not are bad. A children’s book about a horse that served during the Civil War cannot be just a children’s book about a horse: it must make a moral judgement on the Civil War and the Confederacy to be acceptable to the left.

This incident has yielded a rare victory for those who oppose censorship of controversial ideas and subjects, but it also reminds us that we must be ever-watchful of our First Amendment rights. If the Samdahls and other supporters of My Colt had not raised their voices in protest against an act of censorship, it is perfectly reasonable to assume that the book would still be banned from Lee Chapel and the University Bookstore.

This article was originally published in The Washington and Lee Spectator, a conservative student newspaper affiliated with the Leadership Institute's Campus Leadership Program. Its articles are republished here with permission. 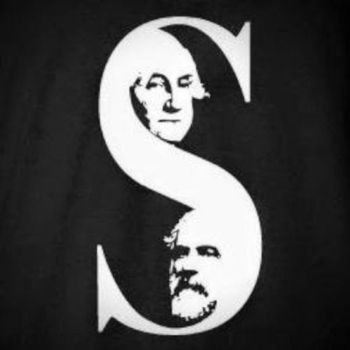