With the United States opening its brand-new embassy in Jerusalem over a week ago, the Israeli/Palestinian conflict has once again come to the forefront of political discourse. University of Cincinnati students took to social media expressing their differing opinions on both sides of the conflict, but one post caught the eyes of several in the UC community.

On Wednesday, May 16, the official Facebook page for the Office of Student Activities and Leadership Development (SALD) shared a post from Black Lives Matter de facto leader, Shaun King, which called Gaza an “open-air prison.”

The post makes one-sided claims, and SALD represents a multitude of student organizations, some of which do not share the same sentiment on this issue.

When questioned about why SALD was sharing such politically charged posts, the department’s official account defended the post, saying, “leaders do not back down against injustice and are responsible for calling it out when it presents itself.”

In an odd reversal, the post and associated response was taken down hours later, but the story does not stop there.

The Cincinnati Republic reached out to the SALD office via phone, but SALD program coordinator Brice Mickey simply said “the post is no longer up,” then promptly hung up. A follow-up call was made, but was not answered.

Later that day, Mickey claimed on his personal Facebook page that he was “censored” and posted a picture of himself sipping from a cup brandishing the words “White Tears.” He also posted a similar message to the Facebook page of a program he oversees in his official capacity, stating, “Someone’s #WhiteTears were enough” to remove the posts from the SALD page.

The Cincinnati Republic reached out to students who are outspoken activists on the Israeli/Palestinian conflict, who said that regardless of their personal feelings, they considered it inappropriate for SALD to take a political stance on the matter.

“Although my views do support that of the post, I’m not necessarily comfortable with political posts being made on a page that represents the university without some sort of accountability or transparency,” said Laith Shehadeh, a former Student Government Senator and a man of Palestinian descent.

“It doesn’t make all that much sense why SALD’s Facebook is sharing politically charged posts,” Shehadeh added. “I’d encourage the account holder to start some initiatives on campus that center around their views rather than use a university account for it.”

“My grievance with the official UC SALD Facebook page sharing the graphic is that it politicizes a public university under the guise of ‘social justice,’” he asserted. “There is ample evidence that verifies that the overwhelming majority of individuals that died in the recent eruption of conflict were agents of Hamas…Where is the balance of the narrative?”

In addition to the pro-Palestine post that was deleted, posts containing links to articles titled, “Here’s how a Michael Jackson song explains institutional racism,” “Black Father Gives Son the Talk About Holding Literally Any Object,” “Why Legal Immigration to the US is almost Impossible,” and “A third of male university students say they would rape a woman” were all deleted in the same time frame.

Dr. Ausmer, director of SALD, did not respond to requests for comment. 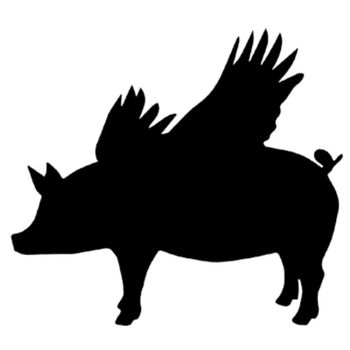