Arizona State University is offering students a chance to obtain a Bachelor’s or Masters degree in “Social Justice and Human Rights.”

According to the university’s website, the bachelor’s program “prepares students for lives spent advocating for social justice and protecting human rights in local, national, and global contexts.”

Students who choose the social justice major are allowed to pick from “three uniquely theoretical and applied areas of focus,” categorized as “advocacy and social change,” “critical trauma studies and everyday humanitarianism,” and “materialism, intersectionality, and inequality.”

The school explains that the program is interdisciplinary and will give students an opportunity to take classes from different academic fields such as Political Science and Social and Behavioral Sciences.

Specifically, the students participating in the degree program could register for dozens of possible courses, including “Grassroots Social Movements,” “Hate Speech, Manifestos, and Radical Writings,” and “Power and American Democracy.”

According to the course description, “Grassroots Social Movements” is a three-unit social and behavioral sciences class that will count toward the “Advocacy and Social Change” focus area. Students enrolled in the course will explore how “groups mobilize collectively to produce social, economic, and cultural change” in the U.S.

Similarly, students taking “Hate Speech, Manifestos, and Radical Writings” will read from a variety of sources ranging from “radical feminism” and “radical queer” literature to “revolutionary resistance” writing, while those who take “Power and American Democracy” will learn how “persistent patterns of marginalization and privilege impede the realization of democratic ideals in U.S. society.”

Other classes offered under the degree plan include “Everyday forms of political resistance,” “Abject Bodies and the Politics of Trash,” “Gender on the Borderlands,” and many more.

In addition to a detailed list of courses, ASU touts a catalogue of possible careers for students who graduate with a Social Justice and Human Rights major.

According to the school, recent graduates may be eligible to pursue a variety of careers, including those that the school classifies as a “green occupation,” such as “Environmental Economists,” “Investment Underwriters,” and “Regulatory Affairs Managers.”

If undergraduate students want to continue their education in Social Justice and Human Rights, they can stay at Arizona State University to obtain a Masters degree in the same field, which requires 33 credit hours in addition to a thesis or an applied project course.

ASU isn’t the only higher education institution that offers social justice courses. As previously reported by Campus Reform, other schools, including the University of Connecticut and Marygrove College, have also created social justice programs at both the undergraduate and graduate levels.

The estimated cost for an undergraduate student to attend ASU for a full academic year is $9,530 for Arizona residents and $22,980 for non-residents, according to the university’s admissions website.

Campus Reform reached out to both Arizona State University and the professors who teach classes for the program, but did not receive responses in time for publication. 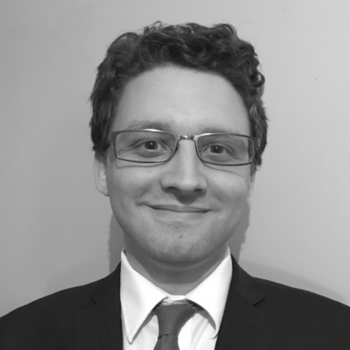 Nicholas Sherman was a contributor at the Daily Caller and a New York Campus Correspondent at Campus Reform. Currently he is a Fast File Reporter at Just the News. Nicholas graduated from Albany, SUNY. He was a columnist for the Opinions section of the Albany Student Press.