Just one year ago, Harvard had four sororities. Today, the university has none.

Alpha Phi, the last all-female sorority standing after Harvard implemented sanctions on single-gender social organizations, shut down under the administration’s pressure last week, according to The Harvard Crimson.

Alpha Phi announced that it will disaffiliate from the national chapter and form a co-ed group called “The Ivy” in order to avoid sanctions that would prohibit chapter members from attaining leadership roles on campus or obtaining certain scholarships. The policy, which affects students starting in the graduating class of 2021, had already induced Harvard’s other three sororities to take similar measures.

Since sororities were established at Harvard, women joined them for friendship, community, and networking in a female-only space that was not available elsewhere on campus. At a rally in the spring of 2016, after the policies were initially announced, women gathered to demonstrate to the administration what female-only spaces meant to them, creating the movement #HearHerHarvard.

One of the organizers told the Crimson at the time that the policy had “taken away our place to speak openly about women’s issues and actively empower each other and other women.”

Kappa Kappa Gamma was the first sorority to act, announcing its plans to go co-ed and withdraw from the national organization in December of 2017, but the three remaining sororities initially vowed to defy the new rules.

“While Harvard’s sanctions claim to support women’s right to make their own decisions, these sanctions actually force women to choose between the opportunity to have supportive, empowering women-only spaces and external leadership opportunities,” they wrote in a joint statement.

Others have also taken issue with the policy’s legitimacy as it relates to the First Amendment freedoms of speech and association. In a faculty debate over the policy, former Dean of the College Harry Lewis strongly opposed it, arguing that “the spirit of the First Amendment is that sometimes individuals get together for reasons that the governing authority does not like.”

Three of the four sororities, including Alpha Phi, stayed open through the spring of 2018 even though the grandfathered policy affected the freshmen class that rushed that semester. As a result, the freshmen class was significantly less interested in joining a sorority due to the repercussions they would face. The Crimson reported that students seeking to join a sorority in the spring of 2018 dropped by 60 percent from the previous year.

Unlike the well-established final clubs with a large network of wealthy alumni and houses around Harvard Square, sororities relied on member dues to buy real estate and pay for events. A much smaller initiating class would be fiscally unable to support the sororities­, making sororities much more vulnerable to the policy than final clubs.

The policy was first devised after a survey from the Spring of 2015 indicated that 47 percent of females who participate in final clubs by either going to male final club events or joining female finals clubs have experienced nonconsensual sexual contact while at college.

Instead of taking measures to sanction clubs with a history of sexual assault, the university decided to target the single-gender aspect of these organizations as the root cause of not just sexual assault, but also misogyny and elitism. In the Final Report of the Implementation Committee for the Policy on Membership in Single Gender Social Organizations, the Harvard committee recommended sanctioning all single-gender organizations because they are “exclusionary or discriminatory systems based on gender”.

A majority of the newest batch of Harvard graduates, however, said they do not support the sanctions in a survey they took before Commencement this past May. 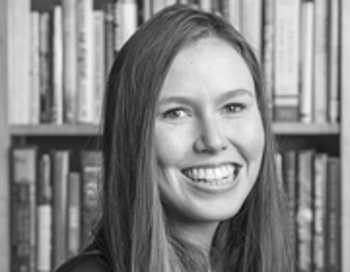