NDSU Vice Provost Laura Oster-Aaland sent a campus-wide email in September warning students of a display by the school’s Students for Life of America (SFLA) chapter, according to SFLA. Outside of NDSU, Oster-Aaland serves as a district chairwoman for the Democratic Party.

“It is possible that this display may contain images that could be disturbing to some members of our community,” the university's message to students read. “This email serves to inform you that these activities will be taking place, should you desire to avoid the area.”

NDSU Collegians for Life President Emilee Hansen previously submitted a reservation request on Sept. 7, as well as display dimension details, for Students for Life’s #TheyFeelPain Tour, a traveling display of medical facts about late-term abortions, according to SFLA.

Memorial Union of Operations Director Paul Wraalstad and Student Activities Office Director Matt Skoy requested a meeting with Hansen to discuss location and details of the banners on Sep. 11. Wraalstad asked Hansen to complete a new form and confirmed a meeting to discuss a “solution” on Sep. 17.

Hansen claimed she received an email from Wraalstad on Sep. 18 approving the demonstration and stating that the aforementioned notice would be delivered to the campus community because the display “may contain images that could be disturbing to some individuals.

SFLA members including Hansen and SFLA regional coordinator Noah Maldonado, met with Wraalstad to explain the email on Sep. 19, the day of the demonstration. Wraalstad referred to NDSU Policy Section 154, which contains demonstration and literature distribution guidelines, but neither requires nor mentions notifying the school community.

Maldonado pushed Wraalstad for clarification, at which time the school official admitted that the policy did not necessitate alerting students. He then explained that the warning was proposed by Oster-Aaland.

“University officials should not use their positions to ‘warn’ the school’s community about any display on campus,” SFLA President Kristan Hawkins said in the press release. “In warning students, faculty, and staff, that the medically-accurate, non-graphic fetal pain display might be offensive, they undercut NDSU Students for Life and singled them out for criticism. It is even more disgusting that Laura Oster-Aaland would abuse her position as vice-provost to push her pro-choice, liberal beliefs onto the school community at the taxpayer-funded university.” 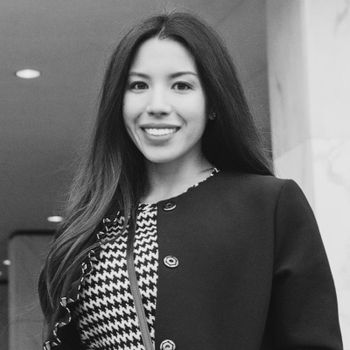