Administrators at Stony Brook University (SBU) in New York caved to pressure from activists on the Student Affairs Homecoming Committee to get rid of the homecoming king and queen titles, traditions since 1984, and replace them with three “Stony Brook Royals.”

The change, which was originally reported by Stony Brook News, was also pushed by the University’s LGBTQ Services along with LGBTQ Services assistant director, Chris Tanaka.

"Programs, events, and competitions that are categorized by gender put folks in the awkward position of either choosing to not be seen or affirmed for who they are or just not participating at all," Tanaka said to Stony Brook News. "This change has opened the door for more students to feel like Homecoming is an event in which they can fully participate.”

[RELATED: UMN policy would punish incorrect use of gender pronouns]

“I applaud the Homecoming Committee for making this innovative change," Chief Diversity Officer Lee Bitsoi told Stony Brook University News. "This is another step toward building a welcoming, caring, supportive and inclusive campus community where all students feel that they belong.”

"It doesn't take away any opportunities from students who would like to be either king or queen," Stony Brook student RJ Samodal told WABC-TV. "You can still apply. It's just the title is different."

The scrapping of the homecoming queen and king titles is nothing new on college campuses. San Diego State replaced the titles in 2015.  In 2017, Northwestern University announced that students would vote on a “Homecoming Wildcat,” rather than a King and Queen. Penn State made the award gender-neutral in April of the same year. This September, Purdue University followed suit.

Stony Brook University also has a decade-old gender-inclusive housing program, which lets students "from across the gender spectrum" live together.

SBU is a publicly-funded school in Suffolk County, Long Island and is part of the State University of New York system. The university has not shied away from public controversy.

During spring 2018, Campus Reform reported on an incident in which SBU's Students for Justice in Palestine club threatened to "eradicate" Zionism on campus. Also, last semester, in the wake of the Stoneman Douglas High School shooting in Parkland, Fla., the Young Democratic Socialists of America group at Stony Brook demanded that the campus police be disarmed.

Campus Reform  reported that the university’s Graduate Queer Alliance claimed that a debate in which a Christian author participated was “hate speech" in 2015. Furthermore, the entire SUNY system, which comprises of more than sixty colleges and universities, passed a resolution to “Create Transgender Health Care Education at SUNY Campuses” in Jan. 2017. 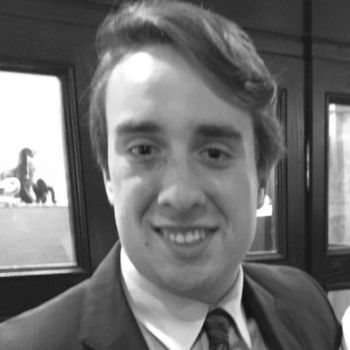