Northeast Wisconsin Technical College is asking for a federal judge to throw out a lawsuit in which the college was sued for allegedly violating a student’s free speech rights by preventing her from handing out homemade Valentine’s Day cards.

Polly Olsen, a student at NWTC, filed a lawsuit in September against her college over the institution's Public Assembly Policy. This came after the student claimed she was confronted by campus security for handing out religious Valentine's Day cards with sayings such as “Jesus loves you,” a tradition started by her late mother.

NWTC states that its policy "is not intended to limit or discourage the free exchange of ideas between students, NWTC staff and/or the public." Rather, it is "to provide an area for public assembly and other organized activities in a way that is conducive for such an exchange but does not interfere with the education of students and the College’s work. This policy applies to uninvited persons or organizations wishing to use an area for public assembly on campus."

Defendants use the doctrine to argue that the plaintiff is not entitled to remedy because the plaintiff acted unethically or in bad faith. In this case, the college is stating that Olsen was motivated to hand out Valentine’s Day cards in an effort to confront the college over its policy, which she considers restrictive.

“It is a frivolous argument,"  Esenberg told Campus Reform. "American constitutional history consists of people doing things that they knew were prohibited so they could challenge the constitutionality of the prohibition."

The college also argues that Olsen was told to stop not because of the valentines, but because she was in an area in the student union that is not open to students, claiming that this is not an issue of free speech.

NWTC is "committed to the free exchange of ideas and to maintaining a welcoming and safe environment that promotes student success."  the college’s vice president of advancement, Karen Smits, said in a previous conversation with Campus Reform.

She further defended the college by saying that “free speech is exercised every day in many different contexts all over the NWTC campus” and that the “policy deals with ‘public assembly’ as the law recognizes that, unlike a public park, not all physical areas of educational institutions are open for ‘public assembly.'”

However, when the student met with school security, she was told that handing out the cards could have been seen as solicitation and the religious aspect of the cards as offensive.

Security said she was "disturbing the learning environment and walking into an area that is restricted to students without being invited or announced," the lawsuit states.

Olsen specifically alleges that the college’s Public Assembly Policy is unconstitutional. In this policy, NWTC restricts free speech to designated areas. The lawsuit asks the court to declare the Public Assembly Policy at NWTC an unconstitutional violation of free speech and expression because it is “over-broad and vague.” The policy was under review at the time of the incident. 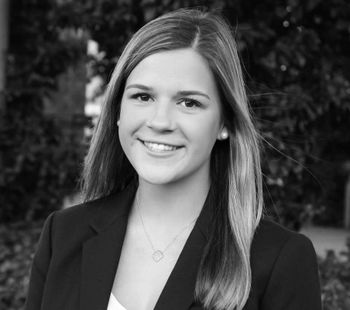