An Indiana Antifa chapter encouraged people to shut down a Christopher Columbus-themed event hosted by a conservative commentator at the University of Notre Dame.

The school’s Young Americans for Freedom chapter plans on hosting Michael Knowles, a podcaster for The Daily Wire, for a lecture, titled “Columbus: Hero Not Heathen,” on Thursday night. But not if a Michiana, Ind. Antifa chapter has anything to do with it. Knowles will discuss the “truth behind Columbus and his mission that brought about the America we know today,” according to the event description.

“Which one of y'all goin' be the first to stand up and promise to end celebration of genocide?” Michiana Anti-Fascist Action asked on Facebook, referencing the event. “How about you show up Feb. 21 and help shut down this false narrative?”

Antifa mentioned several community members, including James Mueller who is running for mayor in South Bend, and Oliver James Davis Jr., who is a councilman in South Bend, to support their cause.

Campus Reform reached out to Michiana Antifa and asked how and why the group planned to shut down the  Knowles event.

A member who called themselves “Tre” responded by saying, “we don’t do interviews/comments for bullsh*t disguised as news. Thanx [sic], though.”

UND President John Jenkins announced in January that the school would conceal the murals, noting that “many have come to see the murals as at best blind to the consequences of Columbus' voyage for the indigenous peoples who inhabited this 'new' world and at worst demeaning toward them.”

The school established a committee in February to help decide the future of the murals, the South Bend Tribune reported.

The Notre Dame Security Police met with UND YAF President Luke Jones in order to discuss security for Knowles’ event. The two parties met at a compromise of allowing students and others who possessed a University of Notre Dame, Saint Mary’s College, or Holy Cross College ID, or who were vetted by an organizer, to enter the event.

“YAF invites anyone who wants to attend the event and engage in a good-faith exchange of ideas,” Jones told Campus Reform. “We do not welcome any members of the community that have the intent to shut down the event and we have a plan in place to handle any disruption.”

“Throughout history, fascists have oppressed the free exchange of opposing opinions,” YAF Executive Board member Derek Dellisola said to Campus Reform. “By bringing Knowles to campus, YAF intends to exercise freedom of speech in a civil manner. By threatening to shut down the event, Antifa shows the very same fascist behaviors which they claim to oppose.”

The event has sparked a second wave of outcry due to people’s fury on what they think they know of Columbus. Leading up to the event, the YAF posters promoting Knowles' appearance have gone missing and have been torn down and crumpled. 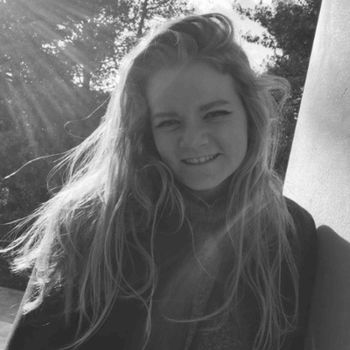