A black student group at the University of California, Los Angeles (UCLA) is lobbying the university for a $40 million dollar endowment to establish a black resource center on campus.

UCLA’s Afrikan Student Union, the group that made the demand, also demonstrated at a Thursday basketball game, according to The Daily Bruin. The center would consolidate and bolster existing resources for black students at UCLA.

ASU was modeled after with UCLA’s Black Panther movement, according to ASU’s online description. The group fights for “Afrikan Unity and Black consciousness, the promotion of Afrikan Culture and the elimination of human oppression and exploitation.” Its Black Panther Party legacy is observed by ASU’s additional demand to rename Campbell Hall, a UCLA campus building, Carter-Huggins Hall. This switch would commemorate two Black Panthers who were assassinated on campus in 1969 and who are honored yearly with an ASU-sponsored vigil.

Marcelo Clark, the UCLA student who first publicized ASU’s press release, justified the $40 million endowment and other demands because “it is time for an institution [UCLA] that capitalizes off of our identities to recognize the struggle that accompanies us, and adequately provide for the programs and individuals that keep UCLA’s Black community afloat.”

The student organization’s demands for greater funding and bureaucratic oversight were punctuated by ASU’s demonstrations at a widely attended UCLA versus University of Southern California men’s basketball game. Dressed entirely in black, a cluster of ASU representatives held their fists up while the national anthem was playing and left the game during halftime.

This is not the first time that ASU has demanded $40 million from UCLA. The group previously demanded the amount in 2017.

Isaiah Njoku, chairman of UCLA’s ASU, explained to Campus Reform that UCLA’s administration has actually granted ASU the $40 million endowment with the condition that ASU individually fundraises from a provided list of UCLA donors. In 2019, ASU expects the university to directly fundraise for its various projects specifically designed for black students.

The Afrikan Student Union received more than $14,000 in funding from student government in 2013 alone, which substantially surpassed financial allocations to any other UCLA student organization, according to the most recent financial records published by the UCLA Undergraduate Student Association.

Yet Njoku underscored that the “Afrikan Student Union and its members have been insufficiently compensated for the exorbitant amount of work they do for the campus and the Black community. We deserve more from our administration.”

The chairman claimed to the Daily Bruin that the black resource center would attempt to redress the 57.6 percent graduation rate, the lowest among races, at which black students graduate from UCLA.

Njoku was aware of the demands made at UCSB and noted to Campus Reform that ASU has “been in conversation with other UC and Cal-State campuses that are hoping to stand in solidarity with our fight for our demands.”

It appears that no streamlined set of demands has been set by these various groups across California college campuses.

Beyond funding, ASU has also demanded institutional changes which increase penalties for discriminatory behavior at UCLA, relocation of black student housing on campus, and the creation of an administrative position or committee to oversee the campus climate. Njoku claimed to the Daily Bruin that black UCLA students felt insecure after instances such as one apartment employee’s questioning of a black student’s presence in the building.

Njoku emphasized to Campus Reform that ASU is “not taking no for an answer...we expect realization of all of our demands and will not settle for less.”

UCLA could not be reached for comment in time for publication. 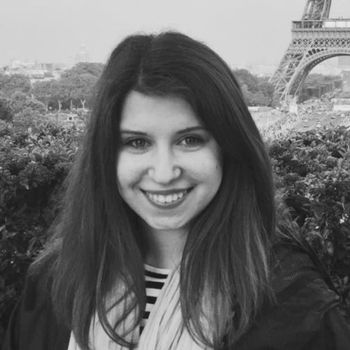