The group included other demands as well, including "mandated, comprehensive, cultural competency training.”

Students at Hofstra University are demanding the school remove a Thomas Jefferson statue. 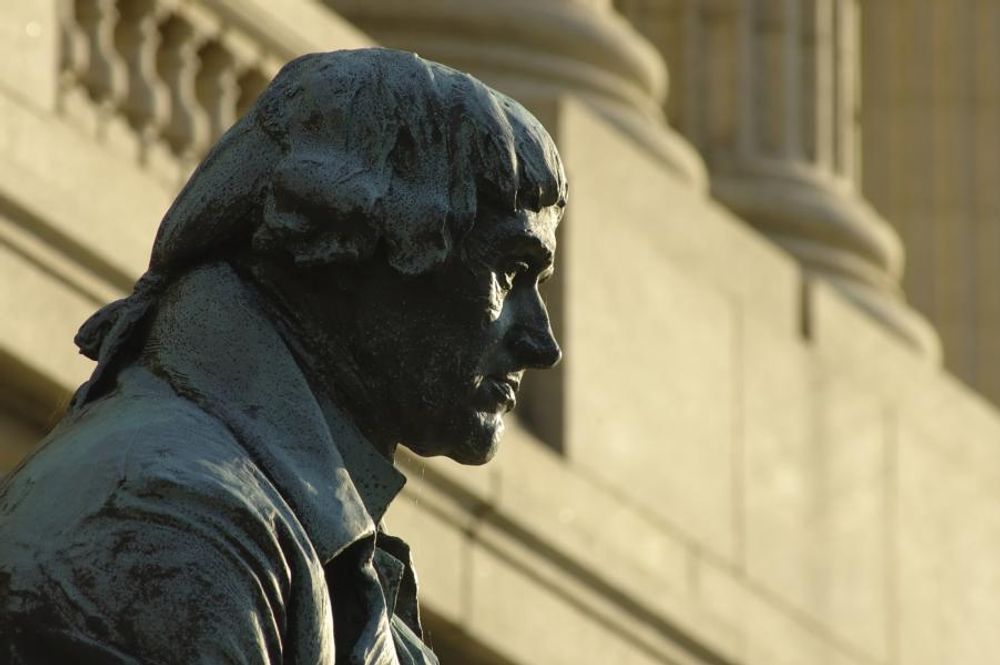 Students at Hofstra University protested a statue of Thomas Jefferson on Friday at the second annual event, titled “Jefferson Has Gotta Go!”

The statue has been the center of controversy on the campus and has been defaced with “DECOLONIZE” and “Black Lives Matter” signs and stickers. According to a media advisory sent by the Jefferson Has Gotta Go (JGG) campaign, the protest was held at Hofstra Breslin Hall. Organizers included “students of Hofstra University, staff from Planned Parenthood of Nassau County, and supporters of Hempstead community.”

The group gathered on campus to “expose the culture of bias and discrimination,” as stated in the media advisory, and to demand “the statue of Thomas Jefferson is removed.”

Hofstra College Democrats “want the statue to be removed and [we] stand with the Jefferson Has Gotta Go Campaign,” the group's president, Brynne Levine, told Campus Reform.

"JGG isn’t just about a statue," she told Campus Reform. "Yes, the removal of the statue is important, but it is about what the statue represents: a legacy of racism and bigotry on college campuses."

The University’s Board of Trustees and Hofstra University President Stuart Rabinowitz have yet to be persuaded to go along with the demands.

“President Stuart Rabinowitz has refused to remove our campus sculpture of Thomas Jefferson at the will of the board of Trustees,” JGG stated in its media advisory.

The university president responded in June 2018 after the first protest, announcing the statue would remain and that he would create a task force “to consider further dialogue and education about our founding fathers, the Atlantic slave trade and Western expansion; to think about what freedom and equality mean at the University.”

Hofstra University did not respond to a request for comment in time for publication.

Editor's note: An earlier version of this article stated that the protest was held at the statue. It is unclear whether students gathered at the statue, although they did gather inside a room located inside an on-campus building.