The University of North Carolina School of the Arts told faculty to choose between two dates for a diversity workshop conducted by a professor who trains "incoming white students [at another school] to deeply consider white privilege and antiracism."

Campus Reform obtained an email in which UNCSA Provost and Interim Executive Vice Chancellor Karin Peterson announced an “In-Service Day” hosted by the school on September 11.

“I trust that this message provides you with ample time to include this afternoon in your class preparation and planning, as necessary,” Peterson said, describing the diversity, equity, and inclusion-themed event.

The UNCSA provost said that the school had contracted Illinois Wesleyan University professor of sociology Meghan Burke for the workshop. Along with having written three books pertaining to race and social theory, Burke has also “co-developed and directs [IWU's] Engaging Diversity pre-orientation program, a 3-day intensive program for incoming white students to deeply consider white privilege and antiracism so they can work as allies for social and racial justice,” according to Peterson's faculty bio.

“Engaging a workshop leader who sorts incoming students by their skin color and then subjects students of one race to three days of intensive indoctrination is all you need to know about this chilling effort to enforce closed-mindedness and eliminate diversity of thought on the UNCSA campus,” a UNCSA faculty member who wished to remain anonymous told Campus Reform. “I am reminded of the re-education camps and totalitarian regimes. It seems like the UNCSA administration is familiar with George Orwell’s Animal Farm. Instead of using it as a warning about totalitarianism and forced groupthink, they are using it as an instruction manual.”

Campus Reform obtained another email asking UNCSA faculty to sign up for one particular meeting back in March, titled, “Diversity and Inclusion Resources for Teaching at UNCSA.” The faculty member with whom Campus Reform spoke said the March workshop was "mandatory," but a spokesperson for the university maintained the opposite.

"Faculty were not required to attend the session and the main goal was to inform faculty about resources they may access in our library around diversity and inclusion. Please let me know if you have any further questions," the spokesperson told Campus Reform.

However, the wording of the email to faculty, a copy of which Campus Reform obtained, seemed to leave little room for interpretation.

“We are asking you to choose which of two sessions of the Diversity and Inclusion Resources for Teaching at UNCSA workshop you would prefer to attend,” UNCSA Vice Provost and Dean of Academic Affairs Karen Beres said in the email.

Beres linked to a description of the workshop, which asked “How can we decolonize the syllabus by also decolonizing the library? What do inclusive learning spaces look like?”

When asked to describe what the workshop intended, the unnamed UNCSA faculty member told Campus Reform that the goal was to reduce resources and literature used in classrooms and the university library produced by “dead, white men,” giving the example of William Shakespeare. The faculty member claimed that UNCSA wants to see an increase in minority-authored materials, regardless of how relevant it is to the curriculum.

The faculty member said that these workshops are meant to push a “groupthink” mindset and that there is a concern from faculty that this push for groupthink behavior could ultimately become the downfall of the arts.

“The idea that successful artists and university professors are incapable of coming to their own beliefs through their own investigation is insulting,” the unnamed UNCSA faculty member told Campus Reform.

UNCSA did not respond to a request for comment in time for publication. 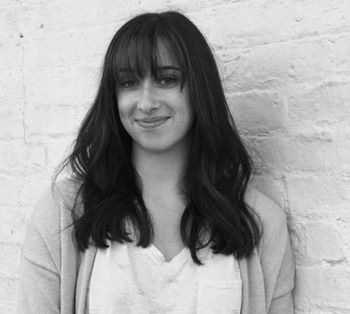