Students at the University of Illinois-Springfield organized an anti-racism protest on campus after seeing a photograph of a university employee in a controversial Halloween costume. As a result, the administration promised to review the school’s current diversity training procedures.

About 50 students attended the protest on Thursday, participating in various chants, including "Say it loud, say it clear! Diversity is welcome here.” Students also displayed that with messages like, “Love Trumps Hate,” “Tolerating Racism is Racism,” and “‘Racism doesn’t exist anymore’ OK boomer."

The image that sparked outrage shows UIS Business Administrative AssociateAnn Gemberling dressed as a border patrol agent, pretending to arrest a man dressed in a sombrero, fake mustache, and cowboy shirt. According to the State Journal-Register, the picture in question was removed from Gemberling’s account, but not before others captured and reposted it.

“When we have issues that really deeply affect our students, as far as their being welcomed here, it's a problem for us,” student Collin Moseley said.

Chancellor and Founder of the Political Understanding and Activist Club at UIS Connor Krater told Campus Reform that the club “applauds the initiative taken by the students who hosted, and participated in, the anti-racism protest.”

“The protest was a prime example of student activism and expression. Our Vice-Chancellor Aislinn Diaz was crucial in its planning,” Krater said. “We congratulate her on helping arrange and lead the protest. The PUAC hopes to see more student activism actions like the anti-racism protest on campus and abroad. Many of our own members attended the protest and we are glad they did so and helped to encourage their fellow students to be politically active on campus.”

UIS Chancellor Susan Koch condemned the costume but avoided offering too many details about the investigation, saying “this is a personnel matter, so I’m very limited in what I can say today because we are in the process of handling it and the process is not completed yet.”

“I have asked appropriate UIS leaders to review our existing diversity training and expand that training so that all members of our community can better understand how their actions, whether on campus or in the community, may contribute to or detract from the reputation of our university and, more importantly, creating an inclusive and welcoming campus,” Koch said a statement.

A representative from the UIS College Republicans who asked to remain anonymous, citing a "hostile" campus environment, told Campus Reform that “the school's official reaction so far has been catered to a small but vocal segment of the student population,” adding “the College Republicans on campus are a diverse group that denounces racism but recognize that much of the student body is actually pretty apathetic toward the issue. A campus forum regarding the issue was held in a facility that could have held close to 200 students but it was only about a quarter full.”

“The University promises to increase diversity training, and we as a club value diversity, but what will this look like for students? What will the ideological values of this training look like? Some members of the student body have called for the firing of these individuals but we believe that is both illegal and heavy-handed. Once again we don't find the employees’ action in good taste but the actions were off-campus and shouldn't be considered a reflection of the university and the university shouldn't be expected to take drastic action,” the UIS College Republicans member said. 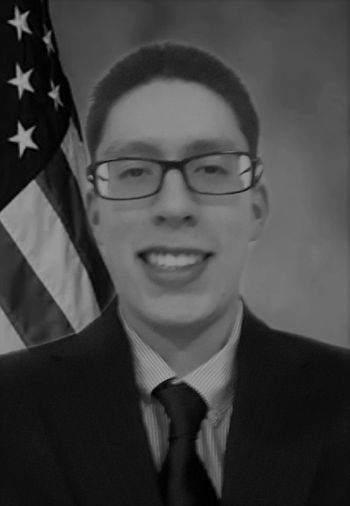