In Fall 2016, as Campus Reform reported at the time, the University of Michigan instituted a policy allowing students a carte blanche pronoun preference opportunity.

Students were encouraged by the university administration to choose existing pronouns or to create new pronouns of their choice, without limitation, and to input them into the Wolverine student access portal. Students could then demand to be called by these pronouns in the classroom.

No matter what pro­nouns a student chose, the university promised to honor their choices. That is, until one clever student, Grant Strobl, selected “His Majesty” as his chosen pronoun. His pronoun choice, a scandalous heresy according to the priesthood of political correctness, made the news and embarrassed university administrators—or should have.

Strobl’s pronoun choice was a sendup of the university administrators’ decision to enact such a policy, highlighting the lengths to which institutions of higher education have gone to appease the gender pluralists. “His Majesty” hilariously demonstrated the absurdity of gender and pronoun prolifer­ation and the lunacy of institutional attempts to keep pace with it.

Unsurprisingly, editorialists, including those at The Michigan Daily (the University of Michigan’s student newspaper) and The Chronicle of Higher Education, denounced his satirical trope.

According to the New York City Commission on Human Rights, no less than 31 genders exist. By other counts, the total is 63. Still, others put the number at 112. By my count, Facebook now recognizes 57 genders, at least in the U.S. The number of Facebook genders is reportedly greater for users in the U.K.

Given that the number of genders differs across time, place, and culture, it is clear that the gender categories are the result of the whimsy and will of the gender pluralists, who mean to foist their innovations on the majority, at the latter’s expense.

To understand how we got into this morass, it is necessary to recall the fact that before the second half of the 20th century, the term “gender” represented a distinction within linguistics. Gender difference referred to the distinction between feminine and masculine nouns and adjectives. It was not associated with human sex differences—until 1955.

That’s when the sexologist John Money introduced the term “gender roles” to describe the sets of behaviors and personality traits conventionally associated with human sex differences. Gender roles referred to the behavioral expectations and treatment typically expected from and doled out to males and females. Money also introduced “gender identity” to refer to a person’s perception of their gender, including their identity as a man or woman, boy or girl, or other.

Soon, gender feminists described sex as a “skeletal coat rack” on which the accouterments of gender hung like so many tailored coats, scarves, and hats. Unlike sex, gender was conceived as a “social construct”—the woven product of socialization and social environment, as opposed to nature. As a social product, gender might be refashioned along different lines by reconfiguring the socialization processes and by altering social relations.

The transgender movement later turned gender into a matter of individual whimsy, treating gender choice like an ice-cream flavor preference. The female-male sex binary has since been buffeted by a tidal wave of proliferating gender identities and pronouns.

As new gender identities debuted, the ratio of genders to sexes continued to rise.

According to gender “scholars,” by introducing the term gender and associating it, however loosely, with sex difference, John Money inaugurated a whole new field of research.

I beg to differ.

Departments of Gender Studies do not conduct legitimate research. They constitute a vast ministry of PC propaganda.

Because gender identity was introduced by John Money, I refer to our gender predicament as “the gender jackpot.” That is, by suggesting that the terms gender and gender roles differ from sex and sex roles, Money initiated the multiplication of identities that has bewitched us ever since.

Thanks to Money, it is doubtful that we can force the gender genie back into the bottle—to add another metaphor to the mess. Because “the new” is generally considered an improvement, we are unlikely to return to “sex” and “sex roles,” which served quite well to describe biological, behavioral, and identity differences. Nonetheless, despite the efforts of the PC police to punish those who defy their prescriptions, humans overwhelmingly fall at the distant poles of male and female. Further, in the minds of those among this overwhelming majority, the terms male/female have always been strongly linked with man/woman, and always will.

Michael Rectenwald, the notorious @AntiPCNYUProf on Twitter, is a former NYU Professor and author of nine books, including the newly released Google Archipelago: The Digital Gulag and the Simulation of Freedom (Sept. 30, 2019), and the best-selling memoir, Springtime for Snowflakes: “Social Justice” and Its Postmodern Parentage (2018). 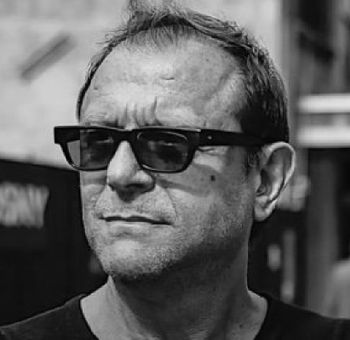