OPINION: It's time for colleges to drop 'people of color' label

I keep hearing about a strange group of human beings: People of color.

I don’t mean that the people are strange, but the category itself is quite peculiar. Unfortunately, this confusing term has found a home in higher education. One would expect those in academia to strive for more precision in language and nuance in social analysis. Regrettably, that is often not the case.

There are four problems with the idea of “people of color”: (1) The category itself is nonsensical; (2) It suggests an identity group that does not exist; (3) It implies a singular dynamic of race relations that is poor scholarship at best; (4) More than simply imprecise terminology, it creates a new tribalism when we should be working to overcome such things.

First, are there really people with, and people without color? This careless shorthand for non-Caucasian undermines a view of humanity consisting of a wide variety of ethnic groups. Instead, it creates a qualitative distinction. No longer do we come in a variety of shades, which are irrelevant to our shared humanity. Now there are two essentially different types of people.

One basic problem is identifying on which side of the line to place people. How do we label Ashkenazi vs. Sephardic Jews? Greeks, Serbians, and blue-eyed Puerto Ricans? What if Koreans have lighter skin than Italians? How should I classify my two sons, who are biracial? Do they, or do they not, have “color"? At the moment, they couldn’t care less. Yet it won’t be long until they are in college when such things will become of monumental importance to their very identity.

The second problem is that this faux-identity group suggests a common character or experience that does not exist. “People of color” come from countless different cultural, religious, linguistic, economic, political, and ethnic backgrounds. What important characteristics do Nigerians and Japanese individuals share? Are Egyptians and Brazilians more similar to each other than to those of non-color? Even within the United States, what is the shared experience of the son of wealthy Pakistani immigrants and the daughter of a black auto-worker in Detroit?

We should acknowledge that there is no common identity and experience of non-Caucasians. Why, then, is this phrase used at all?

This brings us to the third point. Sometimes it is lazy over-generalizing. At other times it is used to enable a popular, albeit deeply flawed, narrative of race relations. It suggests that all “POC” share the common trait of having faced unjust discrimination and bigotry by white people.

Thus, America is made up of the people of no-color and all their victims.

To be certain, our country has a history of white people denying others of their full rights and doing some unspeakably awful things to members of various ethnic groups. This is our history and it should be taught and discussed in our schools. Of course, a complete picture of our nation would also include examples of people, of all colors, who worked and sacrificed to change things for the better.

While white hegemony has been real in America, an educated person should also know that members of dominant ethnic groups have routinely oppressed members of weaker groups around the world. We find it from Bosnia to Myanmar to Rwanda. Offenders come from all racial groups. Ethnic discrimination is a human phenomenon, not a Caucasian one. Our students desperately need to understand this about our world and its history.

Lastly, we find a great deal of special treatment for students and faculty “of color” on our campuses.

This does not move us toward a greater appreciation for our common humanity; it creates new tribalism. We introduce new discriminations, with privileges and resources presented to people simply because they are not white. When the son of a Kosovar refugee is cast in the oppressor class, while the daughter of a Korean stockbroker receives benefits for having “color,” we have a problem.

Such preferential and problematic treatment is far from rare on today’s campuses.  So, let’s drop the “POC” category and strive for more precision in our language, perspective in our history, and overcoming of the tribalism that separates us. 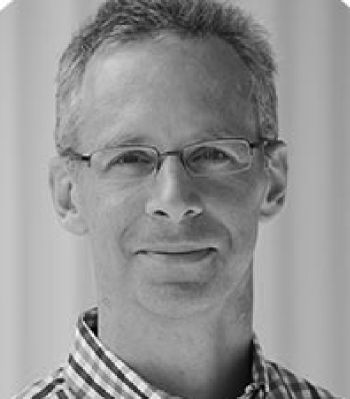