OPINION: It's time to defund LGBT activism on campus

As a graduate student at Stanford University in the 1980s, I worked as a volunteer for the Gay People’s Union, the Gay Counseling Group, and the Gay and Lesbian Speaker’s Bureau, so I have a great appreciation for the value that such efforts bring to the LGBTQ community.

Transitioning to college life can often be challenging for young people and can become especially challenging when individuals are exploring their sexuality for the first time in their lives.

At Stanford, these efforts were entirely run by unpaid student volunteers. I recently became aware of the level of support provided to what we call the Q Center at the University of Washington where I work, and I was surprised to find how much the university is spending. The center is in the process of hiring a new director and the job description makes it clear that the director manages two other full-time staff as well as eight to ten student staff members.

This seems like a huge expense for the university to shoulder at a time when attitudes about the LGBTQ community are undergoing a dramatic shift. It proves the adage from Milton Friedman that “nothing is so permanent as a temporary government program.”

I have witnessed this incredible shift in attitude within my lifetime. Flashback to 1986 and you find the Supreme Court upholding a gay man’s conviction under a Georgia sodomy law where police arrested him literally in the privacy of his own bedroom for engaging in a consensual sex act. A Gallup poll showed that less than a third of the country thought that gay and lesbian relationships should be legal. President Ronald Reagan had just begun discussing the AIDS epidemic as it had been devastating the gay community for the better part of a decade.

Fast forward to today and you find sodomy laws declared unconstitutional and gay marriage enshrined as the law of the land. The same Gallup question now finds that 73 percent of Americans think that gay and lesbian relationships should be legal with even higher percentages among young people. And it seems that people can’t stop talking about LGBTQ issues.

In recognition of National Coming Out Day, CNN hosted a four and a half-hour town hall on LGBTQ issues in which the Democratic presidential hopefuls fell all over themselves to see who could pander the most to the community.

The atmosphere is particularly supportive of LGBTQ people at the University of Washington, where our president is open about being a lesbian and where we were recently ranked number one for best college for LGBTQ students by BestColleges.com and Campus Pride. You can barely find an American flag anywhere on campus, but the pride flag was prominently displayed in the building where I work during Gay Pride Month.

This note exhibits an astonishing and unapologetic political bias. For example, one of the founding principles was that the center would be grounded in “an intersectional racial and gender justice praxis rooted in the endeavors of feminists of color.” How is that relevant to a young person who is struggling with their sexual identity and who has little interest in politics or political ideology?

The note from the outgoing director also states that we need new leadership because, “while culturally and globally we are in the thick of distress, disease, decay, devastation, and destruction; I see, feel, and know we are simultaneously in a moment of transformation, a massive realigning of human ethics, connection, values, engagement, and collusion to heal and radically change.”

The official job description lists as one of the qualifications, “knowledge and understanding of intersecting, multiple identities and interlocking systems of privilege and oppression.” Why should managing a resource center for all LGBTQ community members require an ideological litmus test that only the most woke progressives can pass? Clearly the center has been—and plans to continue to be—under the control of progressive activists who are more interested in reshaping society than in building an environment welcoming to all members of the LGBTQ community.

I have no objection to progressive activists working to achieve their goals. I happen to favor other goals, but our system is designed to allow us to fight that out in the arena of politics. I object to turning what should be a support center into a base of operations to advance a narrow set of political objectives. It is particularly galling to know that university funds are used for this purpose.

As I have written about elsewhere, the new closet on campus is occupied by conservatives, libertarians, and deeply religious individuals. They are pressured into silence for fear of being accused of hate speech if they dare to disagree with the progressive narrative that is prevalent on campus. Students are required to take a diversity course that is expected to lead them to a contrite acknowledgment of past and present oppression of all traditionally marginalized groups, and if you don’t want to be accused of homophobia you must pledge allegiance to gay marriage, the Equality Act, equal adoption rights for LGBTQ parents, and transgender orthodoxy (“trans women are women”).

Those of us who are gay, lesbian, bisexual, and transgender have to accept that we aren’t queer anymore. We’ve become the mainstream.

We’re likely to need a Q Center indefinitely to support our community, but we can’t expect to have paid staff forever. And we certainly should actively resist allowing the organization to be co-opted by radical activists for their own partisan political ends.

They should not be paid a salary to perform a fundamentally political task. 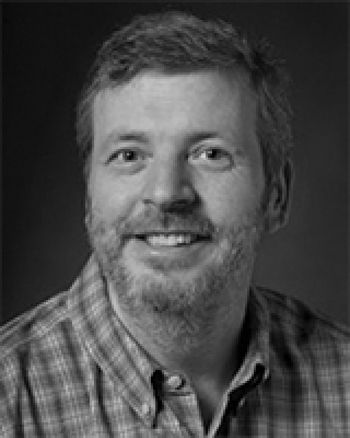