Columbia University graduate student teaching assistants started a strike Friday, and their numbers have since grown. The students say they are struggling to make ends meet given the current pandemic, and that the university is responsible.

“We currently do not have what we need to continue teaching, working, or paying rent,” reads a letter from Columbia Graduate Workers on Strike to the university’s administration. “We will not teach, will not work, and will not pay rent until the most basic needs of our entire community are adequately met.”

Among these demands is a minimum of $6,000 in summer funding for each graduate student. The group expressed concern with the “immediate prospect of having no other summer funding or employment,” and noted that it is “particularly aware of the needs of graduate student workers with sick or unemployed family members.”

Also on the Columbia Work Strike/Rent Strike group’s list of demands is the cancellation of all rent in university apartment housing. The students expressed they are “at risk of housing insecurity or accumulating unpayable debt.” In addition, they are demanding that Columbia automatically extend leases through the summer and, ideally, the year.

The group is also seeking extensions in funding and graduation timelines, by giving an extra paid semester to all masters students, as well as added protection for international graduate students.

Those protesting seem to feel that their current arrangement, already providing more than $6,000 for some, is not enough.

“Yearly stipends differ by grad school and individual department,” reported the Columbia Spectator in an April 24 article. Current academic year stipends range from $30,000 to $40,000, with $3,884 stipends for summers. Students who are past their sixth year of graduate study no longer receive the summer stipend. According to the Columbia Spectator, the university has already agreed to provide an extra $1,500 for all graduate students, with an additional $1,500 available on an application basis. Columbia intends to provide this full $3,000 to over 1,000 students, in addition to their preexisting summer stipends.

Columbia received more than $12.8 million in relief money through the CARES Act, despite its $10.9 billion endowment. Graduate students feel that this money should be used to fulfill their demands. “Columbia University is a wealthy institution that has wrongly partitioned its budget,” continues the letter from the strikers. “The University’s financial priorities at present include spending millions of dollars on fighting its workers’ unions, funding construction that further gentrifies Harlem, and paying some of the highest university administrative salaries in the world.”

Various other groups across campus are endorsing the strike.

CPU was founded in 1935, making it one of the most established and influential student groups at Columbia, and its support instrumental to Columbia Work Strike/Rent Strike’s mission.

A series of tweets Tuesday evening revealed how the issue has escalated. The group posted a screenshot of an email that appears to have come from an administrator asking a TA why they had not taught their Monday classes. Columbia Work Strike/Rent Strike urged its followers who received similar emails to not respond to the administration’s questions.

“We are not intimidated,” they wrote in another tweet. “We’re ready to take more militant action in case of retaliation.”

Columbia University did not respond to Campus Reform’s request for comment in time for publication. 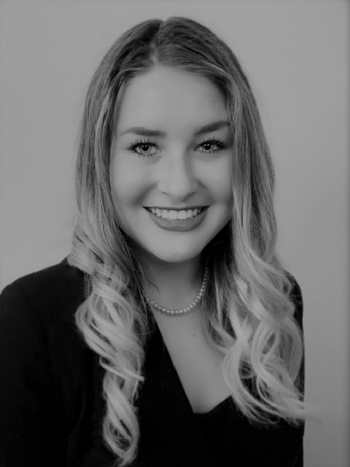