In a case reminiscent of that of Jussie Smollet, one California student is facing felony charges for allegedly faking ten separate incidents of racist attacks or threats against her own on campus.  Students rallied behind her, naive to the fact that she fabricated it all.

During one such report, Dominguez Peña was reportedly found bruised at the bottom of a stairwell, claiming that she had been beaten by a masked man, but denied medical assistance.

The campus community rallied behind Dominguez, believing that she had been the victim of targeted, violent, hate-filled attacks.

On March 9, the La Verne student was arrested by La Verne police and charged with making criminal threats and perjury, both felonies. She was also charged with seven misdemeanors related to electronic impersonation and filing false police reports.

It took multiple agencies over a year of investigating to bring this to light.

One professor told Campus Reform that rather than the students’ lies being indicative of a lack of real racism in the community, her actions reflect just the opposite: that racism is such a problem that people feel compelled to make up incidents.

“It was very distressing to hear that a student fabricated racist threats, especially as those threats did so much damage to the reputation of other individuals and the university,” La Verne professor Judy Holiday told Campus Reform.

“It was also distressing to think about the fact that racism in the United States is so profoundly a part of the lives of people of color that a student felt compelled to do something illegal and immoral to bring attention to the problem,” Holiday added.

[RELATED: Minnesota college helps 'white students only' deal with 'the nasty little racist inside them']

"The incidents last year were extremely upsetting to the university community. We take a lot of pride in being a diverse and inclusive campus, and we hope that the conclusion of the criminal investigation will allow us to continue to come together and focus on our mission of providing an excellent education to our students,” Leveque added.

While the university would not disclose what form of disciplinary actions Peña is facing, if any, Leveque insisted that the school is “following all appropriate administrative policies” regarding the case and that La Verne “has zero tolerance for hateful acts or related misconduct, and any member of the campus community found to have engaged in such behavior will be dealt with accordance with university policy.” 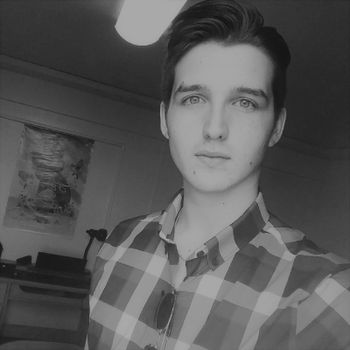