Georgetown sues US for not giving money to illegal immigrant families

Georgetown University Law School is suing the U.S. for not providing coronavirus aid to children of illegal immigrants.

The school's Institute for Constitutional Advocacy and Protection filed the lawsuit, with the support of one Villanova University law professor. 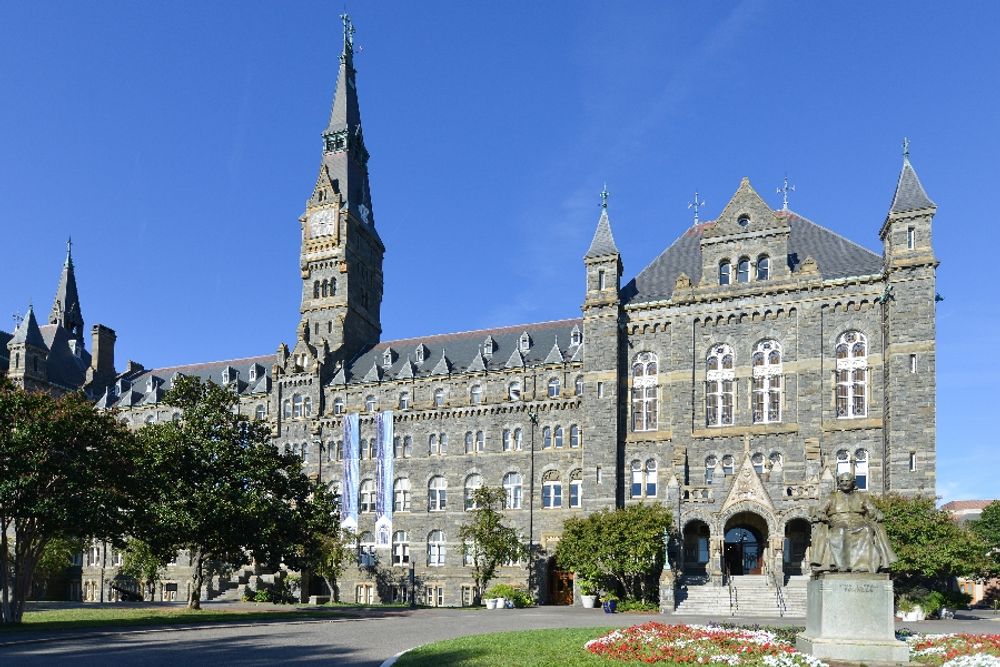 The Institute for Constitutional Advocacy and Protection said in a press release that the complaint challenged the “intentional and discriminatory exclusion of U.S. citizen children” from receiving emergency assistance “based solely on the fact that one or both of their parents are undocumented immigrants.”

According to the complaint, individual relief payments made under the CARES Act are only available to those who pay taxes using a social security number. However, because illegal immigrants do not have social security numbers and instead use individual taxpayer-identification numbers, the complaint argues that “U.S. citizen children of undocumented immigrants do not receive the $500 economic impact payments specifically intended for children.”

However, Center for Immigration Studies Resident Fellow in Law and Policy Andrew Arthur argues that the complaint is misguided and that efforts should be directed at the legislative branch. In his opinion, Congress likely decided to limit individual payments to those with social security numbers in order to limit fraud. Making payments eligible to those without social security numbers “would be an invitation for fraud,” he explained.

Arthur also highlighted the fact that this matter was addressed during the congressional debates, as noted in the original complaint.

“It ought to be handled legislatively,” Arthur said.

Mary McCord, legal director for the ICAP, asserted in the release that “this discrimination violates the equal protection principles embodied in the Fifth Amendment’s Due Process Clause.” She further argued that the exclusion “undermines the CARES Act’s goals of providing assistance to Americans in need, frustrates the Act’s efforts to jumpstart the economy, and punishes citizen children for their parents’ status.”

The lawsuit was supported by CASA, an immigration non-profit organization.

“It is an absolute outrage,” said Nicholas Kantz, senior manager of legal services for CASA, “that we are relying on immigrant families to care for our loved ones and provide our essential supplies and yet denying their children the support they are entitled to as U.S. citizens.”

Professor Leslie Book, of Villanova Widger School of Law, said the law “is a slap in the face to millions of hard-working taxpaying immigrants who comply with our tax laws, file tax returns, and pay billions of dollars in taxes,” adding that it is “especially cruel and unjust when so many are struggling to pay for food, rent, and medicine.”

Book, ICAP,  and CASA did not respond to requests for comment at the time of publication.