The professor told students that the concept is pushed by the “dominant class” in order to “maintain control.”

A lecture in a class meant to focus on Asian American Religion focused on how the concept of American Exceptionalism is an “error” that has been disproven.

A professor at the University of California-Santa Barbara who gave a lecture on the "error of American Exceptionalism," says coronavirus is just one piece of evidence of America’s shortcomings.

Rudy Busto teaches a course titled Asian American Studies/Religious Studies 71: Introduction to Asian American Religion. Toward the end of the spring semester, Busto posted a lecture on “American Civil Religion,” during which he proceeded to explain to the class how "history has dispelled the notion of American Exceptionalism."

Busto’s examples as proof for this claim included "losing the Vietnam War," the 9/11 terrorist attacks, and the "ongoing, unwinnable wars in the Middle East’," and even the United States’ coronavirus death toll and case count.

“The escalation of coronavirus cases and deaths in the United States, currently the most of any other country has reported, is a blow to our ego, certainly to our current administration’s ego,” Busto said during his lecture. 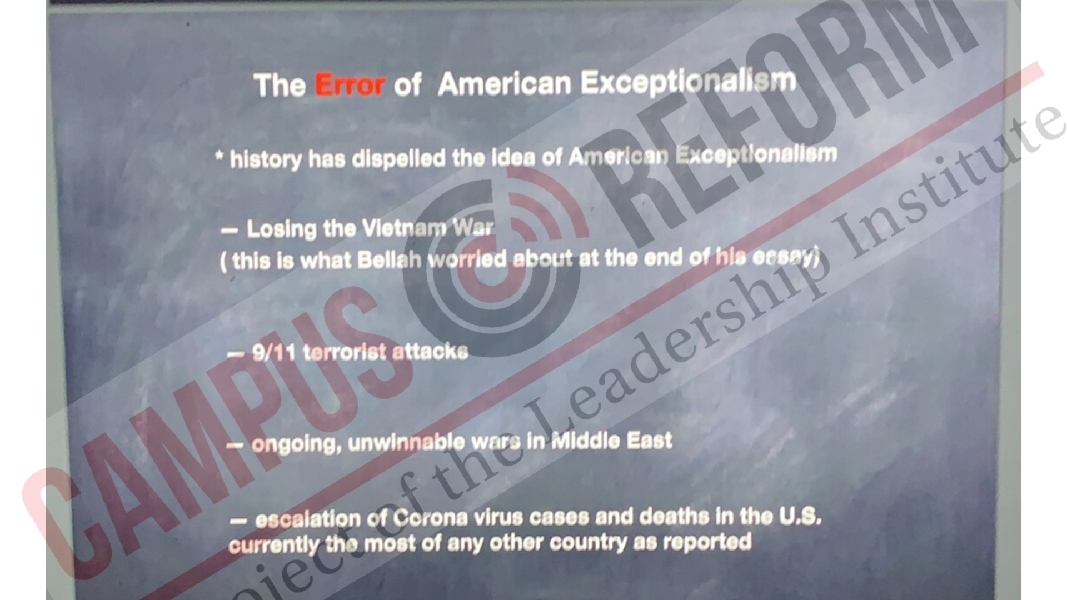 According to Busto, “American Exceptionalism” is a "culturally hegemonic" idea, which seeks to “manufacture consent" by the “dominant class.”

"Cultural hegemony," according to Busto, is “the idea that dominant ideas and beliefs and society are promoted by the dominant class as a way to maintain control.”

Busto suggested that the notion that "socialism is unacceptable for the United States" is a similarly culturally hegemonic idea.

The professor goes on to compare the acceptance of “American Exceptionalism” to the way Americans once accepted slavery as a normal part of society.

Ethan Barcelos, a freshman studying statistical science at UCSB and a student in Busto’s class, told Campus Reform he was initially confused by Busto’s lecture content. 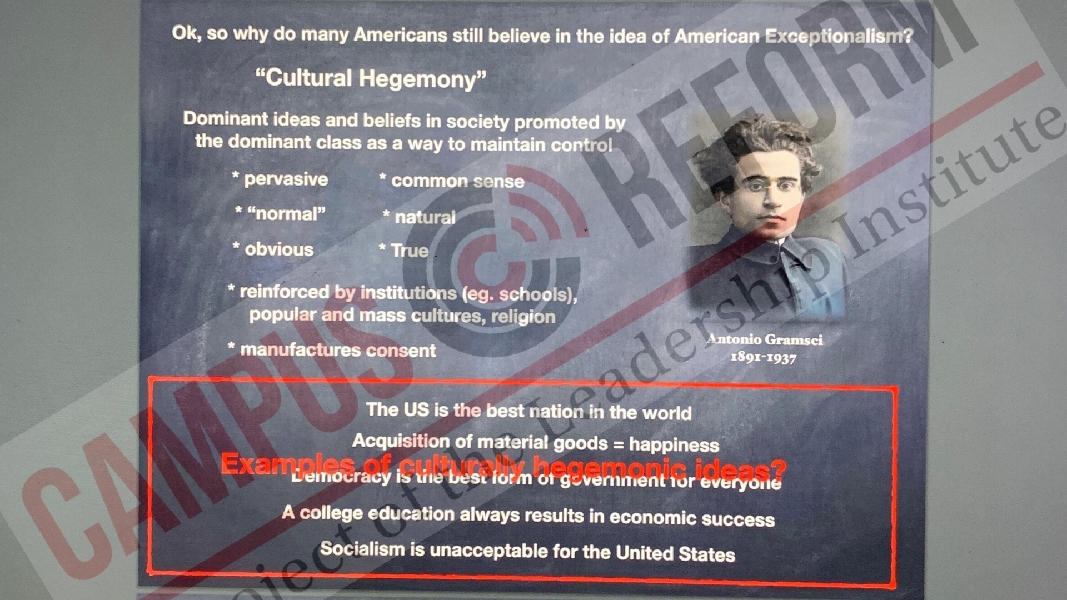 “My first reaction was ‘what does this have to do with this class’. I was under the impression that I would be learning about Asian American Religions, not a litany of the wrongdoings of America," said Barcelos.

“ I disagree with the notion that believing that America is the best country in the world is Marxist 'cultural hegemony,' Barcelos added, saying  that the professor “used his claim of this being ‘important context’ as an excuse to bash America and push Marxist propaganda.”

According to the course description of Asian American Studies/Religious Studies 71: Introduction to Asian American Religion, the class is meant to be a “survey of the major themes and issues in Asian American religious history, belief, and practice.”

Busto is an associate professor of religious studies at UCSB. His focus is "approaching religion in North America through the lens of race," which "allows us to uncover hidden and subjugated histories and actors in American religion."

His research is based on examining “how the study of religion has itself been structured and shaped by assumptions about race/ethnicity and helps explain the theoretical absence of race as a variable for critical analysis of religion.”

Busto did not respond to Campus Reform’s request for comment in time of publication.