Each Ivy League school has announced plans to increase tuition for the 2020-2021 school year.

Meanwhile, the same colleges are not allowing some students to even be on campus and have moved some, if not all, classes online. 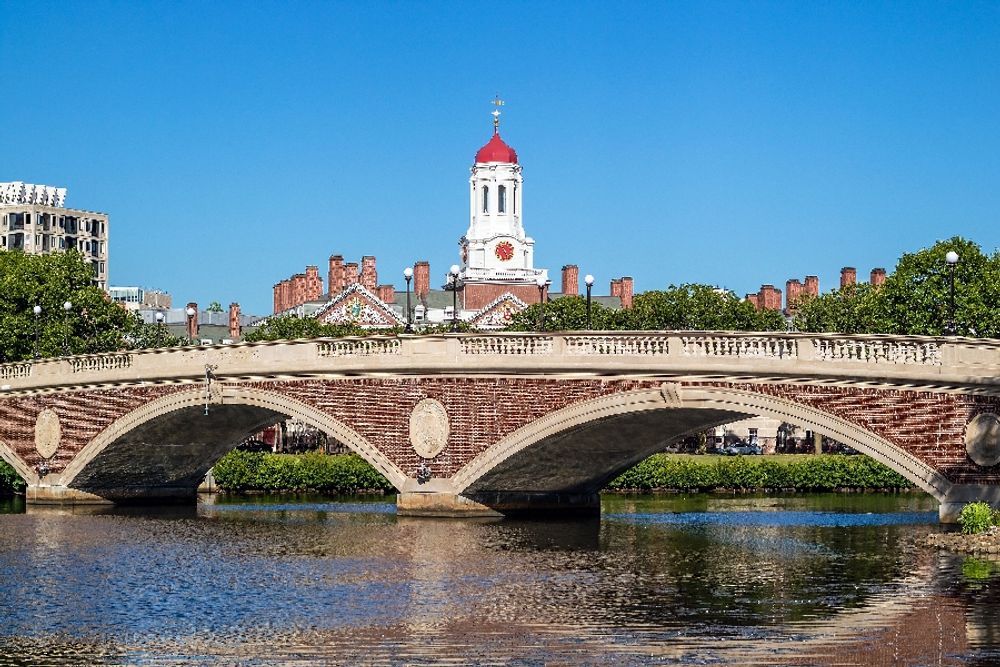 After coronavirus shut down colleges across the country, Ivy League institutions were among the schools that came under harsh criticism for not issuing students tuition refunds. Now, the same schools face scrutiny for raising tuition while not allowing some students to even return to campus, and while offering mostly online courses.

While choosing not to reimburse students' tuition costs for the spring, Ivy League schools have also decided to increase the costs or charge full price despite remote learning. Such actions prompted more than two dozen lawsuits against colleges nationwide. Now, many Ivy League institutions are incorporating remote learning into the upcoming fall semester.

On July 6, Harvard announced plans to move classes online for the fall semester, operating at just 40 percent capacity on campus.

The few who do return to campus will be required to take a COVID-19 test every three days. The school plans to keep the campus closed to those unaffiliated with the school and even non-residential students. Despite allowing a limited on-campus presence, all classes will be completely online, according to Forbes. On-campus students will also be required to leave by Thanksgiving.

But Yale will invite only a limited number of students to campus. According to Forbes, only 60 percent will be permitted to return, and only 3 of the 4 undergraduate classes will be allowed on campus simultaneously. According to Yale News, freshmen will only be allowed in the fall, while sophomores only in the spring. Juniors and seniors are welcome to stay the whole year, but those barred for a semester will have to participate in remote learning. Yale plans to mix classes to be partially online and in-person.

On April 25, students filed a lawsuit against Cornell University for breach of contract. The students stated that online learning is no equal substitute for in-class academia, according to The Cornell Daily Sun.

Although Cornell promised to give rebates to students for room and board fees, it opted to refuse tuition refunds for students. Meanwhile, the university upheld its decision to increase tuition by 3.6 percent for the 2021-22 academic year. The school said it is also increasing financial aid.

In an email to Campus Reform, media relations director John Carberry stated the school is still in operation, hence the decision to not reimburse students: “At this time, Cornell remains open and all classes have moved to online instruction. Because the spring semester is scheduled to continue, there are no plans for tuition reimbursement.”

For the fall, Cornell will return to in-person classes under strict health measures, after an epidemiologist professor’s research showed that such a move would be the "better option" for safety.

[RELATED: While some colleges hike tuition, these schools are bucking that trend]

Columbia University is another Ivy League school facing criticism for its handling of financial decisions. After moving to pass/fail style grading, and transitioning to online classes, one student filed a lawsuit claiming academic integrity has been undermined, according to the New York Law Journal.

Now, the school is allegedly increasing tuition and fees to more than $71,000 per year, a 15.65 percent increase. A Columbia Spectator article published in June reported that the school has not yet publicized its tuition rate for the 2020-2021 academic year.

University officials did not respond to a request to confirm these numbers.

On July 7, Columbia unrolled plans to return to limited capacity for the fall semester, following in the footsteps of other Ivy Leagues. The school plans to operate at 60 percent undergraduate capacity, according to Columbia News. However, it has been determined that "most courses" will be online or in "hybrid form," giving teachers options to choose. Any in-person classes will be limited to 50 people.

Dartmouth College announced in March a 2020-2021 tuition increase of 3.9 percent, bringing the upcoming school year's tuition rate to $55,605. Meanwhile, half of Dartmouth's students will be on campus at any given point, according to a university announcement in June.

The University of Pennsylvania announced a tuition increase of 3.9 percent, meaning that the total cost of tuition and fees for the 2020-2021 academic year will be $60,042. UPenn said that it will make housing available for all first-year and second-year students while doing the same for a "percentage" of third and fourth-year students. The university will adopt a hybrid model for classes with all lecture classes shifting online.

On May 1, The Brown Daily Herald  reported that a student at Brown University launched a class-action lawsuit after discovering that the school withheld tuition and fee refunds. The suit accuses the school of “breach of contract and unjust enrichment,” citing that they were forced to move off-campus and transition to online learning. The complainant argues that because the academic quality and resources have been drastically reduced, students are deserving of compensation.

Brown disagrees. Not only is Brown not refunding tuition, it will also increase tuition costs by 3.75 percent for the 2020-2021 academic year, according to The Herald. Despite this increase, Brown is limiting students’ return to campus. Campus Reform reached out to Brown to verify this information. Spokesperson Brian Clark defended the decision and said the University has been financially helpful to students.

“We've credited unused room and board fees to students for Spring 2020, in addition to providing significant financial support to students for emergent needs,” Clark said in an email to Campus Reform.

He added that the education has "not changed," and that because of this, Brown will not offer any refunds on tuition.

“Brown will not be refunding tuition for the Spring 2020 semester. While learning remotely, students continue to receive a world-class education and to earn academic credit toward completion of their degrees. The core value of a Brown education has not changed.”

But some students do not agree. Campus Reform correspondent Emmae Rae Phillips, a Brown student, said the school betrayed students.

“I find it ridiculous that the university is doing this,” Phillips said in an email to Campus Reform. "I understand they are a business, as well as an educational institution, but these actions make their real motives clear. It’s sad that after all the emails we have received telling us that student well being is their top priority, they go and increase our tuition with no refunds, while increasing the already large salaries of the faculty."

Brown plans to reopen for the fall semester but will move to a trimester schedule, making summer classes part of the norm. All students will be subject to random COVID-19 tests, and freshmen will not be permitted on campus the first semester, according to The Boston Globe.

While multiple other schools have refused refunds, their tuition status for the fall semester is still unclear. Many colleges, despite financial burdens, have implemented tuition freezes for the following year.

Since the coronavirus pandemic, President Donald Trump signed a $2 trillion stimulus deal, promising $14 billion to colleges and universities across the country, half of which is required to be distributed directly to students.