The student said she did it because she found the show of support for police "offensive."

A self-described New York City college student took credit for painting "Black Lives Matter" over a thin blue line that a pro-police artist had painted just minutes before on the divider of a busy street.

Amid nationwide riots and protests in the wake of George Floyd's death in Minneapolis, mayors and city council members in some of the country's largest cities, including New York, have voted to "defund the police." In New York City, city leaders voted to cut $1 billion from its police department budget. Events like these encouraged one man on New York's Staten Island to do something to show his support for officers.

A local artist named Scott LoBaido spent two hours in the summer sun painting a thin blue line on a road divider as a sign of support for the New York Police Department. LoBaido told the Staten Island Advance that he had spent the last 15 years supporting the NYPD with his artwork.

The thin blue line, which often appears across the center of a black and white striped American flag, is widely recognized to commemorate fallen officers and is intended to symbolize the relationship between law enforcement and the community. However, shortly after its completion, the thin blue line was vandalized, when a college student painted “Black Lives Matter” over the line it.

The person who painted "Black Lives Matter" over the thin blue line gave only her first name - Skylar - to the Staten Island Advance, and described herself to the local newspaper as a 21-year-old college student.

The student claimed that she did it because she found the thin blue line to be "offensive."

She told the newspaper that writing "Black Lives Matter" doesn't "mean that all lives don't matter."

"It means that black lives are in danger right now," she said.

LoBadio, who did not respond to requests for comment in time for publication, reportedly received a notice from the New York City Department of Transportation to remove the thin blue line paint or face "legal action."

He reportedly refused to follow that directive from the city government. It's unclear whether the student received similar orders.

The incident even reached the attention of President Donald Trump during a recent roundtable discussion with law enforcement leaders.

“There’s a gentleman painting a blue line on Staten Island down the street and he’s getting letters of threat from the city to cease and desist for painting the line,” Police Benevolent Association Trustee John Flynn said Friday during a meeting with the president. “The buildings all around Lower Manhattan are scribbled with anti-police messages and other things and nothing happens, but you paint one blue line down the street and they want to summons you and possibly arrest you."

Trump himself also reacted to the incident.

“It’s true, they can do whatever they want, you do one blue line and they make it like it’s a mortal sin, that’s terrible,” the president said.

The attitude of the student who painted over the thin blue line is not an anomaly in higher education.

Recent polls surveying college students have found that students put more trust into university professors and administrators than police officers, the military, and religious leaders. The act is also representative of not just the anti-police sentiment in many of America's largest cities, but on the nation's college campuses, some of which have cut ties to their local city police departments.

Meanwhile, professors in academia have condemned police officers while in some cases praising looters. 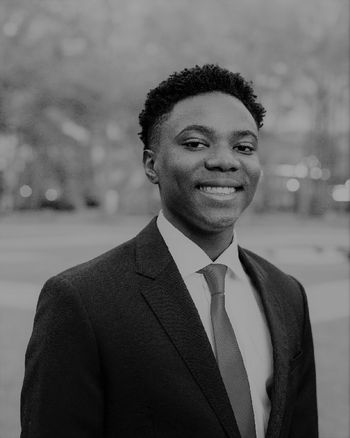