Clemson prof: Trump and 'anyone who still calls themselves a Republican' is 'racist'

A Clemson University professor wrote that Trump and "anyone who still calls themselves a Republican" is "xenophobic and racist."

The professor also asked for the home address for the author of an open letter published in a local newspaper with which he disagreed.

A Clemson University professor recently took to Facebook to call out Republicans and President Donald Trump as “xenophobic and racist.”

This is not the first time Knijnenburg has been caught calling Republicans racist.

In 2017, Campus Reform covered a story about the same professor when he posted on Facebook that, “all Trump supporters, nay, all Republicans, are racist scum.”

In May, Knijnenburg  posted on Facebook about a man who wrote an open letter to the president of the Clemson University Board of Trustees, asking the university to "keep Chinese nationalists out of Clemson." The open letter was published by the Greenwood Index-Journal.

"What the actual fuck?" Knijnenburg commented. 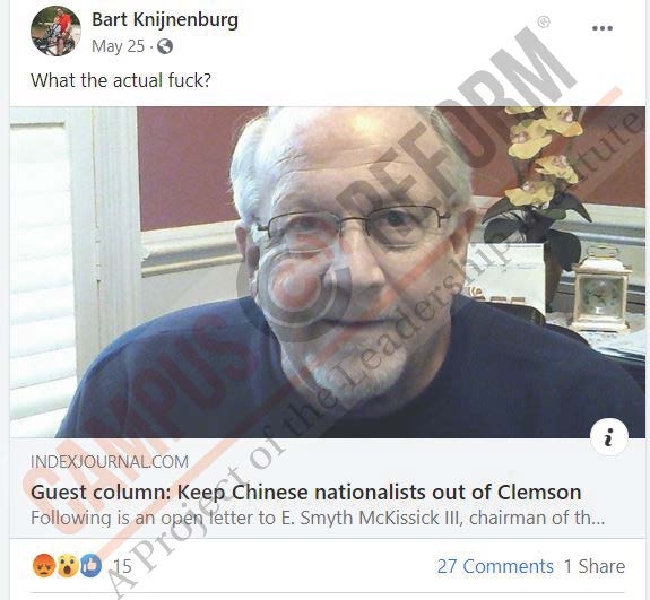 The open letter advocates for Clemson University to discontinue any and all relations with Chinese student enrollments because, as the author put it, “some of these 'students' were actually members of the Chinese communist party, as well as the Chinese military, and upon graduation, they and many others returned to China to help it win its undeclared 'war' with the U.S.”

Sen. Tom Cotton (R-Ark.) has introduced legislation that would ban Chinese national students from obtaining the visas they need to complete graduate-level studies in the U.S. The proposed legislation came amid a wave of professors and researchers who were indicted on charges related to their undisclosed ties to China, a trend that Campus Reform has covered extensively.

[RELATED: Prof is ‘nauseated’ by ‘paralysis of white evangelicals’]

In the comment section of his Facebook post referencing the open letter to Clemson, one person asked, “He’s basically from my hometown. Shit just got personal. Do we know where he lives now?" referring to the writer of the open letter. 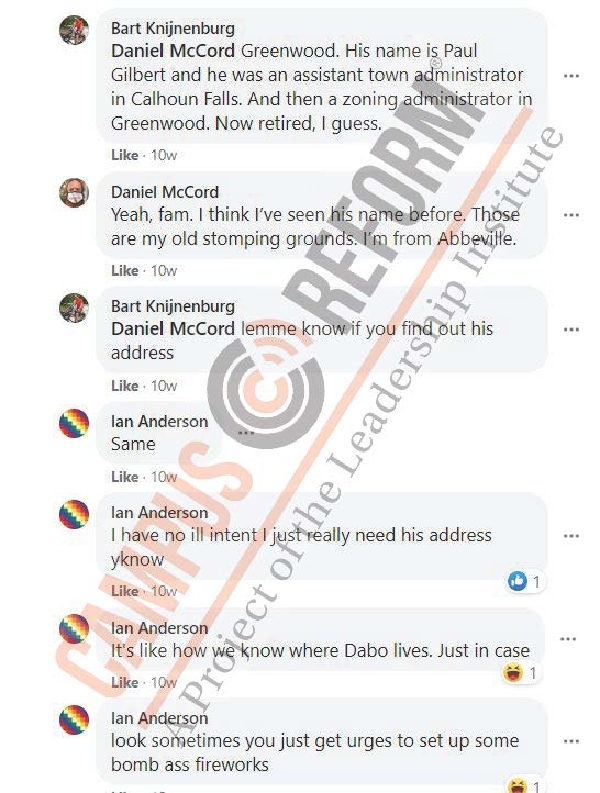 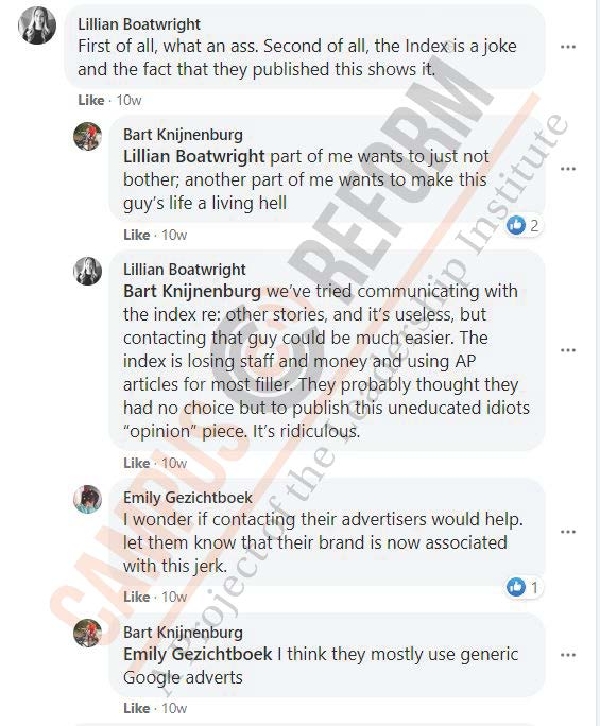 The same professor's Twitter account states support for the Black Lives Matter movement, as well as "ACAB," which is a common acronym for "all cops are bastards" and "Burn it down," a phrase frequently heard during recent riots. 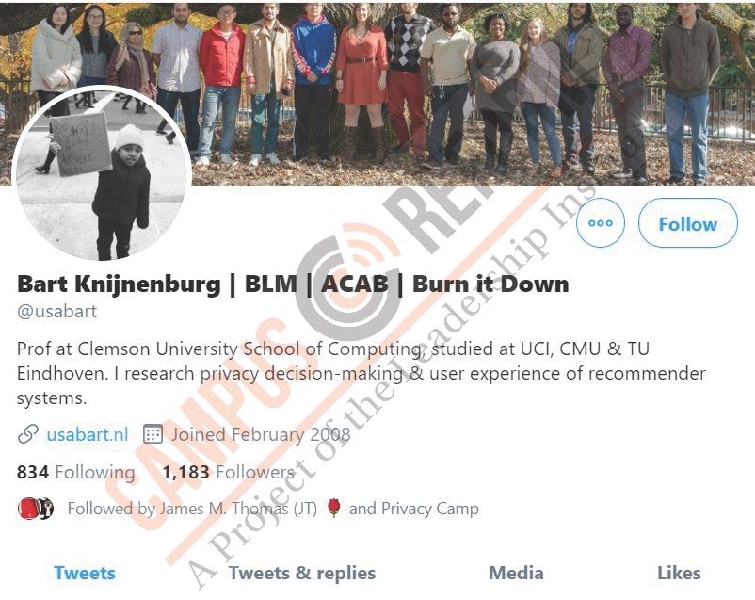 Knijnenburg is followed on Twitter by University of Mississippi professor, James Thomas, who said, "MAGA teens are modern day Hiterjugend," as Campus Reform reported in 2019.

“I mean, I’m not surprised,” Haught said. “We hear story after story of professors across the country acting like this towards conservatives and making them feel not welcomed on campus. I just want people to be considerate of one another and not lash out at each other on social media especially due to political beliefs or because you disagree with someone based on politics."

Campus Reform reached out to Professor Knijnenburg but did not receive a comment in time for publication.