Student newspaper publishes instructions on how to make a Molotov cocktail

The editor-in-chief of the University of Wisconsin-Milwaukee student newspaper wrote an op-ed going over the history of the Molotov cocktail and posted instructions on how to make one.

He defended his article, explaining that the information is "public knowledge."

The student newspaper at the University of Wisconsin -Milwaukee posted an opinion-editorial containing instructions on how to make and use a Molotov cocktail.

The editor-in-chief of the UWM Post, Adam Kelnhofer, wrote an op-ed on June 14 going over the history of the Molotov cocktail after protests broke out in Milwaukee following the death of George Floyd. The op-ed included instructions on how to "make a Molotov cocktail."

After going over the history of Molotov cocktails and how they have been used in protests "against tyrannical governments around the world," Kelnhofer says that while he does not "condone violence," he supports individuals protecting themselves through "whatever means necessary."

"I am a staunch supporter of giving people the ability to defend themselves, protect their rights and their ways of life through knowledge and whatever means necessary," Kelnhofer stated.

Kelnhofer noted that the Milwaukee Police Department claimed that a Molotov cocktail was thrown at officers and commented that there was no evidence of that occurring. While stating that "the police do not have the right to use Molotov cocktails against protestors," Kelnhofer says that it's different for protesters, and offers "some of the blunter tools of revolution and the fight against oppressors."

"However, if the lives of these beautiful protestors continue to be threatened by a tyrannical government who seemingly does nothing to stop the death threats against black people vital to the Milwaukee community like Nitty and Coleman, I can offer some of the blunter tools of revolution and the fight against oppressors," Kelnhofer added.

Kelnhofer then went into the specifics of "how to build an effective molotov," noting that the information can be "found for free online with some basic searching."

"When the container hits a vehicle and breaks, the mixture will ignite, burning both the vehicle and the personnel around it," Kelnhofer stated, explaining what a Molotov cocktail does.

When contacted for comment, Kelnhofer told Campus Reform that he published the op-ed because it was a "strong opinion on protests in Milwaukee," and defended listing the ingredients on how to make a Molotov cocktail, stating that it is "public knowledge."

"The 'ingredients' to make a Molotov cocktail are public knowledge and the sources cited in the article are publicly available through a brief Google search. Violent people are going to be violent regardless of their skill with Molotov cocktails and anyone who truly wished to incite violence by using a Molotov cocktail could easily obtain information on how to make and use a Molotov without reading this opinion piece," Kelnhofer said.

[RELATED: UW fellow to students: 'Don't bring too many white students around']

Caden Delabarre, a student at the University of Wisconsin Milwaukee told Campus Reform that the op-ed is "dangerous."

“Providing these guidelines and instructions is dangerous to the public and to the community. It is unfortunate that this content is uplifted by the school," Delabarre said.

The student newspaper is an officially recognized student organization with the university and has a faculty advisor, but there is no evidence that their content is promoted by the school.

Dylan Hoffman, another student at the university told Campus Reform that publishing the op-ed might have not been the best idea.

“Telling people how to make and use Molotovs doesn’t help to de-escalate things," Hoffman said. 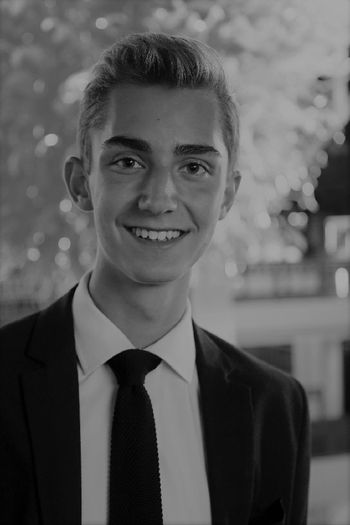