Gettysburg College canceled an event which invited students to write or paint their frustration with 'cis white men.'

The event was organized by a senior in the Peace and Justice Studies department.

A senior project which invited students to paint and write about their frustration with “cis white men” has been canceled after it received backlash on social media, The Independent reported.

A flyer of the event, posted by Old Row Official, read the event would have taken place in the Gender and Sexuality Resource Center on Nov. 12.

The post generated backlash from Instagram users, one of which commented that “racism is racism- same goes for sexism.” “Brought to you by the party of peace and love,” another user wrote.

The event was organized by a senior in the Peace and Justice Studies department. A university spokesperson told The Independent that neither the university nor college sponsored the event and that the student was asked “to reflect on their objectives and restructure their project accordingly.”

“In any community of ours size, there will be a wide range of views. That creates a productive educational environment, but it also means that there will be occasions where views expressed are controversial or inconsistent with the values of the community,” the statement continued.

The university’s response is counter to incidents Campus Reform have previously reported.

In 2017, a University of Hawaii professor argued in a blog post that universities should “stop hiring white cis men” and opt for “women of color and trans people.” The same professor also made a series of Facebook posts outlining her problems with “cis het white people.”

This fall, the University of Kentucky offered a course called “Angry White Male Studies” which “charts the rise of the ‘angry white male’ in America and Britain since the 1950s, exploring the deeper sources of this emotional state while evaluating recent manifestations of male anger.”

Campus Reform contacted every party mentioned and will update accordingly. 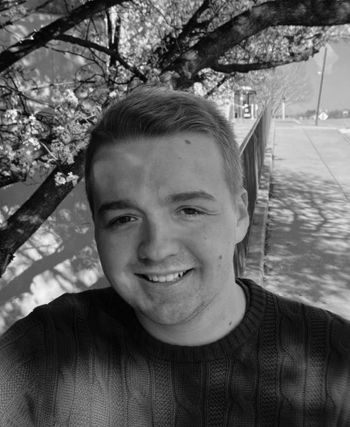