Capitalism is a moral fight for millennials

Earlier this week Rolling Stone released an opinion article arguing for five "reforms" that my generation should be fighting for. In a rather bombastic and belligerent manner Rolling Stone openly endorsed collective ownership of property and many other socialistic principles.

The five "reforms" were as follows: Guaranteed work for everybody, social security for all, eliminating private property, make everything owned by everybody, and placing a public bank in every state.

Now I hate to use the "C" word but when an author of an article outwardly advocates for "everybody owning everything" I am tempted to label that as communism.

I would love to tear down each of the "reforms" laid out in the article but instead I will address the deeper intellectual theme that was argued. Quite simply, the author was bashing capitalism and economic freedom at its very core. Too often we allow the left to hijack the word capitalism and paint free markets as immoral.

The right tries to argue the empirics of capitalism rather than the morality that is inherently paired with free markets.

In the article Myerson writes "a universal basic income could make participation in the labor force voluntary, thereby enabling people to get a life." Contrary to what Myerson argues, capitalism allows you to enter any field, job, or place of work you desire. Only in a capitalistic system can one create a business in a field they love and see the fruits of their labor transmuted into their financial and monetary equivalent.

Throughout the past 250 years one would think history would show the demerits of central government planning and the flourishing prosperity that comes with capitalism. A large portion of poverty has been abolished because of free people pursuing their own interests and goals freely.

Poverty is still a terrible problem in this country and across the globe and the only antidote to the disease is a free market. By definition trade raises the standard of living substantially. No person engages in trade to lower their own standard of living. Instead, trade is a mechanism used to propel oneself to a higher rung on the socio-economic ladder.

The 20th century has been a laboratory of experiments for different social and economic systems. Under totalitarian command, in soviet rule, there were no private property rights. Everyone owned everything! But as the brilliant Milton Friedman used to say "When everyone owns everything, no one owns it."

We have seen the destruction that comes hand in hand with communism and the stagnant economic growth associated with socialism. We have witnessed a 30 year depression in Japan due to increased government welfare programs and the erosion of private ownership of land, property, and capital. On the other hand we have seen entire regions lift themselves out of third world poverty by enacting capitalistic principles and ideas.

Hong Kong for example, a country with little to no natural resources or assets has grown into an international trade hub just by relying upon economic freedom and the innovative entrepreneurial ability of its citizenry.

Fellow millennial and nationally renowned author, radio show host, and conservative commentator, Ben Shapiro, articulated this perfectly while addressing this issue. He said “The truth is that by the end of the 20th century, capitalism had largely won across the globe. And now it’s beginning to lose again because capitalism was never made a moral issue.”

Ben is spot on. The conservative movement has failed to articulate the moral tenets behind free markets. Our politicians and candidates run away from defending economic freedom and building a moral argument for capitalism.

Myerson is nothing but another pawn for the emergent socialistic wing of the left. But his ideas are ones that are being laid into the foundation of liberalism. Many moderates dismissed his "reforms" as crazy or absurd, although we are starting to see these "fringe" ideas become part of the everyday nomenclature of the left.

We must unapologetically defend economic freedom, capitalism, and free markets. We must win the battle of ideas. It is a moral battle worth fighting for. 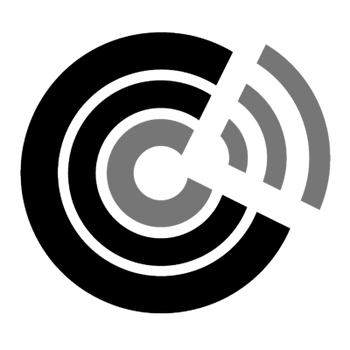