Professor Nancy Spalding is teaching East Carolina University’s (ECU) first-ever class about American conservatism’s intellectual history. Spalding said she took on the venture after one of her previous students proposed the idea, recognizing a need for balanced political dialogue on campus. The course follows a model provided by the Leadership Institute and Intercollegiate Studies Institute, a nonprofit, nonpartisan educational organization devoted to fostering America’s founding principles. Spalding teamed up with the Leadership Institute to help advertise her course to ECU’s student body. She recently spoke with Campus Reform about the structure and intentions behind her course. Here are her comments, edited for clarity and length.

Q: What made you want to teach a course about conservative political theory this semester?

A: A former favorite student of mine, who recently graduated, stopped by to visit me one day. She now works for the Leadership Institute (LI). She came by and told me about a conservative political theory course offered by the Intercollegiate Studies Institute (ISI). She said a few people around the Southeast have taught this course and that I might be interested in it.

We’re not as bad as some of the flagship universities, but there is not a whole lot of conservative thought being done here on campus. I’ve always thought it would be very interesting to do this. It’s a huge undertaking to create a new class from scratch without having something to reference. A lot of students are hungry to hear the real meaning of American conservatism, rather the slanderous and exaggerated caricature of conservative political thought they often hear about on college campuses. There is a real market here.

Q: How is the course formatted?

A: The class focuses on the intellectual history of American conservative thought. The students have papers and will have to choose certain conservative issues, discussing them with both a conservative and libertarian point-of-view. They have to do it honestly and pick solid sources. There are 13 video lectures and reading lists provided by ISI.

Students have papers; they don’t have any exams. For each week, they have to watch a video before class about historical conservative thought in America. They have to write journal entries every week and prepare them before class.

I’m currently working on getting guest speakers to talk to the students. I’m taking a break every week from the regular syllabus to talk about current issues. We’ll usually spend one hour laying out the different conservative views about capital punishment, religious liberty, and education.

Q: How many students are enrolled in the course?

A: There are 46 students in the class. Twenty-seven students out of the 46 are political science majors. A handful of students are business or history majors. I estimate that about one-third of students are taking the class because they are conservative and they’ve always wanted to learn something about conservative politics, but haven’t been able to take any related courses until now.

Others are curious. Some students are progressives, and some are looking to argue. Student presentations offer the opportunity for debate.

Q: Given the popularity of the course, do you think that more conservative classes will be included in ECU’s curriculum for following semesters?

This isn’t something that is sweeping any of the academic fields. There are conservative academics here, but they tend to be isolated. I’m not sure if there will be a trend, but this is a tremendous resource. If my former student who knows about ISI hadn’t said I should do this, I never would have taken it seriously. Things like this spread one-to-one. I heard about this being done, and it sounded great. I wish I had been exposed to more of this stuff earlier. 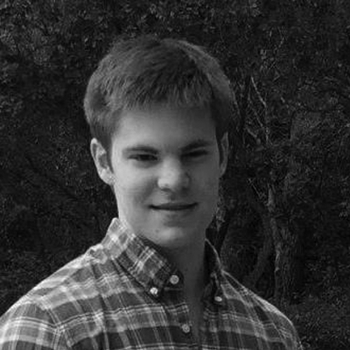