I have said it before, and I’m hardly alone. Many have observed it. Liberals revere tolerance. They practically worship it. It’s like a religion to them. Well, now comes a study that supports the point.

A new survey by Pew Research finds that when it comes to teaching children, liberals place a far higher priority on teaching “tolerance” than teaching religion. That liberals do this in schools is abundantly clear, but they apparently do it in their homes as well.

In this, Pew finds, liberals are the opposite of conservatives. “The starkest ideological differences [between liberals and conservatives] are over the importance of teaching religious faith,” reports Pew. “Among those who have consistently conservative attitudes across a range of political values, 81 percent think it is especially important for children to be taught religious faith…. Among those with consistently liberal views, just 26 percent rate the teaching of religious faith as especially important, and only 11 percent regard it as among the most important child-rearing qualities.”

Moreover, finds the survey, a staggering 88 percent of “consistently liberal” Americans list tolerance as their most important value in teaching their children.

While this data is significant, it’s also limited. It depends first and foremost on how one defines “tolerance,” and especially how liberals professing tolerance define tolerance.

I believe, in general, that liberals are not actually tolerant. Liberals tolerate only what they what want to tolerate. They tolerate things they agree with—which, of course, isn’t tolerance. Tolerance is about accepting the often-difficult differences between you and someone you strongly disagree with, and respecting that person’s right to an opposing point of view. Obviously, that’s not liberalism. This could be demonstrated multiple ways, but consider two salient examples pervasive in daily headlines: liberals’ behavior regarding same-sex marriage and abortion.

Liberals are relentless in denouncing, demonizing, boycotting, attacking, picketing, prosecuting, suing, fining, and even threatening to jail people who disagree with them on same-sex marriage. If your family owns a barn in New York (or elsewhere) and declines to rent it to a gay couple for a wedding ceremony, because such an arrangement violates your religious beliefs and freedom, liberals will fine you $13,000. If you’re Elaine Photography in New Mexico and beg not to photograph a same-sex wedding, liberals will sue you. If you are the Kleins in Oregon and plead not to make a cake for a same-sex ceremony, you will be picketed, hauled before state commissions, and have your livelihood ruined by liberals. If you are Jack Phillips, a baker in Colorado, or a florist in any number of states, who likewise prefers not to service same-sex events, you will be threatened with imprisonment. If you are the owner of Chick-fil-A or other businesses, and you dare admit that you’re against redefining marriage because you believe your God says you can’t, liberals literally will assert at your death that Jesus is going to send you to hell. I could go on and on with such examples: Mozilla, Craig James, the owner of Barilla pasta, the governor of Arizona, etc., etc., etc.

Liberals refuse to tolerate those who refuse to redefine marriage.

As for abortion, liberals not only refuse to respect your opposition; they insist you pay for their abortions. From Hobby Lobby to the Little Sisters of the Poor, they’re making you pay. If you don’t, you will be fined mightily.

I could go on and on with other examples from other issues. Look at how liberals run the universities, the training grounds for their missionaries of diversity. The faculty at these colleges are 80-90 percent liberal, and conservatives are not only marginalized but often barred from speaking on campus or angrily protested by these self-professing champions of free speech and open-mindedness.

All of this tells us much about liberals, but it especially reveals the phoniness of their claims to “tolerance.”

All of which brings me back to the Pew survey. I think it reveals something even deeper. Many liberals have left religion because it doesn’t accord to their definition of what religion (or God) should be. They’ve jettisoned Christianity because certain aspects don’t accord to their worldview. Their Christianity is, at best, a kind of cafeteria Christianity, where they pick and choose the elements of the faith they like and discard those they don’t. It’s a selective Christianity.

Liberals are instead embracing the faith of tolerance. But here, too, it’s a selective faith.

And most ironic, this selective tolerance often excludes the religious—or at least the religious that liberals disagree with.

Dr. Paul Kengor is an Associate Professor of Political Science at Grove City College. He  frequently contributes to MSNBC, C-SPAN, NPR, PCN-TV, and Fox News. In addition, he has worked for a number of think tanks, including the Center for Strategic and International Studies and the Heritage Foundation. 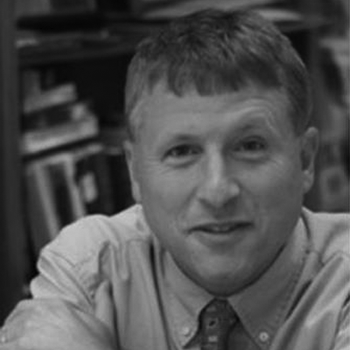