Students running for student body president at University of North Carolina at Chapel Hill face campus-wide criticism for not being liberal enough, spearheaded by the editorial board at The Daily Tar Heel, the campus newspaper

Last week, UNC students Houston Summers, Tyler Jacon, David Marsh, and Kathryn Walker declared their candidacy for the position. On Monday, the editorial board at The Daily Tar Heel published an op-ed that argues the candidates do not represent the General Assembly, as they are non-activists and endorse causes that “were the ideas of ‘radicals’ only a few years ago.”

“Without a leftist candidate, campus conversation on issues such as sexual assault policy, gender-neutral housing, and coal divestment, would be impoverished,” the editorial board wrote.

“For a [student body presidential] candidate to say that he/she wants a stronger student voice to the General Assembly, they cannot in good faith support Republican candidates,” the blog reads.

In addition to the attacks from the editorial and blog, a few campus groups—including the Young Democrats, Carolina Hispanic Association, and Black Student Movement—have decided they will not be endorsing a candidate for student body president this time around. Both organizations acknowledged that the candidates lack racial diversity and an understanding of minorities.

“It’s almost always a white person, more often than not, a white male,” Cecilia Polanco, president of the Carolina Hispanic Association told The Daily Tar Heel. “It would be nice to see someone who looks like us in power.”

“The criticisms by The Daily Tar Heel that the Student Body President will not be a member of the vaguely defined campus left are unwarrented,” Frank Pray, the sophomore editor-in-chief of the Carolina Review, told Campus Reform. “At a university where the campus and administration are so overwhelmingly liberal, having a centrist student body president keeps the campus from going so far left that it ceases to have any trace of intellectual diversity.”

Walker said that she believes that the campus can be prevented from “turning a blind eye to sexual assault.” However, sexual assault has been addressed by many of the candidates.

Marsh’s campaign website touts him as committed to making these issues “a priority in the year to come.” And before he withdrew from the race, Jacon referred to sexual assault in an interview with the Carolina Review, UNC’s conservative student paper, as “the biggest issue facing UNC currently.”

Recently, there has been a push to rename Saunders Hall, which was named after the founder of the North Carolina KKK. Many students gathered for the “Kick out the KKK” rally, which all candidates have since stated their support of the renaming of the building.

The Daily Tar Heel criticized the candidates’ support of the movement.

“What’s a little more uncomfortable is how none of these candidates would participate in or help organize the movement but are still perfectly happy to capitalize on the work of those who did,” the editorial board wrote.

Despite criticism from liberal students and the aforementioned groups, no left-leaning candidate has emerged in the race.

The election, held on Feb., 10 is expected to head to a run-off. 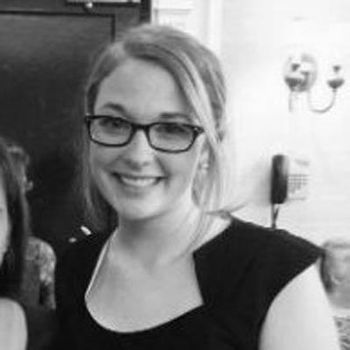