A staple in traditional southern garb, the hoop skirt, will no longer be worn by Greek students on the University of Georgia campus after a meeting last week between administrators and student leaders.

Representatives from SAE and KA were present at the meeting.

According to Online Athens, Ashley Merkel and Alex Bosse, presidents of UGA’s PHC and IFC, respectively, emailed the student body on March 16, notifying their peers that “hoop skirts are not appropriate in the context of some events” and they “will continue to review costuming and themes for future events to ensure the appropriateness for our organizations.”

The ban was about “presenting the university and Greek organizations in a good light and not inviting negative attention,” Victor Wilson, vice president for student affairs at UGA, told Online Athens.

Wilson said that the final decision came down to the students, not the administration.

This action follows a recent incident on the University of Oklahoma’s campus, which involved members of the school’s SAE chapter caught on camera chanting about lynching blacks and repeating racial slurs. Two brothers were expelled and the chapter was subsequently shut down.

The UGA ban, however, has been met with disapproval by some students. Brennan Mancil, Vice-Chairman of UGA College Republicans (UGACR), told Campus Reform that he personally opposes the ban on the grounds that that “Greek life can celebrate Southern culture without embracing the evils of slavery,” and stating that, “Antebellum dress is an historical expression, not a political statement.”

Mancil went on to clarify his stance, explaining that “[h]oop skirts were worn as far back as the 16th century…[and are] only incidentally tied to [slavery]. If the logic for banning hoop skirts extended to other social practices, then we ought to ban mint juleps and chewing tobacco, both of which also became popular during the Antebellum.”

Mancil also commented on the general reaction of the student body, noting that, though some Greek organizations not directly involved in the decision oppose the ban, many support the ban because of the sentiments to the Jim Crow south they believe it invokes.

“Regardless,” Mancil explained, “there's widespread preference for the PHC and IFC making the final decision rather than the administration.” 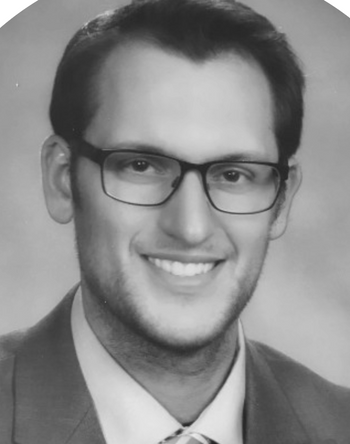 Ryan Riethmiller is a technical writer at System Analysis Program. Previously, he was a Pennsylvania Campus Correspondent. Ryan graduated from Bucknell University. He was also the host of a weekly conservative radio show, The Rieth Way.