Donna Shalala, the president of the University of Miami, attracted criticism in the national press based on her administration’s decision to reject the application of four female students who wanted to organize a conservative group on campus. The University claimed, according to press reports, that the group was redundant.

Though the university reversed its decision after public criticism, this incident is an example of how universities often end up skewing the political climate and culture on college campuses. Shalala, of course, is a prominent Democratic official, having served as Secretary of Health and Human Services for eight years during the Clinton administration. She was recently named the CEO of the Bill, Hillary and Chelsea Clinton Foundation.

In founding the Network of enlightened Women (NeW) at the University of Virginia in 2004 and working with women across the country to start chapters, l have seen firsthand how colleges and universities—and members of the political left who often lead them—use their power to control and shape debate on college campuses. And the administrators aren’t the only ones who can shut down voices they dislike; faculty and students are just as capable of shouting down their conservative peers.

Each school has its own rules on how to start student clubs. Like the University of Miami under Shalala, many schools have regulations that often work against conservative voices. For example, many schools require faculty sponsors to start a club. Sometimes one of the biggest challenges our chapters face is finding a faculty member who will sign-on to be the faculty sponsor.

With so many left-leaning professors—a 2005 study found that 72 percent of college faculty members are liberal—it is unlikely that many liberal groups suffer the same challenge. These rules make it more difficult for students to start chapters of organizations that don’t have broad support among faculty.

Universities across the country have women’s institutions, including women’s studies departments and women’s centers, born out of the feminist movement of the 1960s and 1970s. Being named the “Women’s Center,” it’s natural to think these institutions would be open to all women. Well, that’s often not the case. At the University of Virginia, I was rejected when I asked our Women’s Center if they would be open to cosponsoring an organization for conservative women.

I was pleased to be invited to speak to the Jefferson Literary and Debating Society at the University of Virginia earlier this school year on the so-called “war on women” and the ways conservative policy proposals benefit women. The Cavalier Daily, the main campus student newspaper, misquoted my speech.

The article quotes me as saying, “Talks like mine give students the ability to learn about the benefits of right-wing beliefs.”

That’s not what I said. “Right-wing” and “conservative” are different terms with different meanings.

Despite bringing this to the attention of the reporter and editor, the paper refused to print a correction.

During my most recent campus visit, I learned about a new app, Yik Yak, which is an anonymous social media app that allows people to create and post comments within a large geographic radius. Yik Yak fosters more intimate conversations among communities, but it also makes it easy for people to post comments attacking others, including NeW chapters.

This school year, the NeW chapter at Sweet Briar College was attacked on Yik Yak after a discussion on NeW began:

Last May, Condoleezza Rice, who served at the highest levels of government, withdrew as a commencement speaker at Rutgers University after protests. Students and faculty didn’t like the fact that she’d worked in the George W. Bush administration. They were successful in making sure her voice was not heard.

Of course, some students are going to disagree with Rice, but they should take advantage of the opportunity to hear from her and learn how best to challenge ideas with which they disagree.

Like the Shalala story, these protests and some other particularly egregious examples of efforts to thwart conservative women voices earn national attention.

We should be having more debates on campus. It’s time to broaden the conversation when we talk about what policies and ideas benefit women. Even if students disagree, they become better critical thinkers and communicators by engaging with opposing views. To have that discussion, we need more intellectually diverse views on campus.

While there are some bright spots, we should be aware of the uphill battle conservative women often face on campus.

Karin Agness is the Founder and President of the Network of enlightened Women. Follow her at @Karinagness and @NeWNetwork 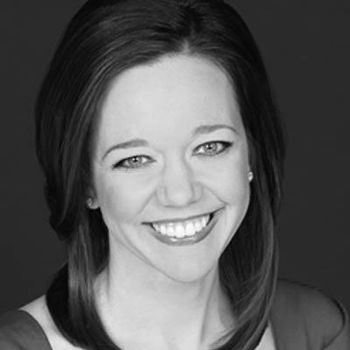