A feminist foundation and its affiliated student group are in a spat with University of Mary Washington (UMW) President Richard Hurley after filing a Title IX complaint last month.

The complaint from the Feminist Majority Foundation (FMF) and Feminists United on Campus (FUC), an affiliated student group, comes in the wake of a video that surfaced earlier this year showing members of the men’s club rugby team chanting misogynistic lyrics at an off-campus party last November. In response to the video, the university disbanded the club and required players to attend sexual assault training.

FUC pushed for the university to take action and subsequently suffered attacks on the social media app Yik Yak. Hurley and FUC agreed to meet on June 3 to discuss the group’s concerns.

However, on May 7, FMF and FUC announced they were filing a Title IX complaint that charged administrators with “systemic failure to protect students from a sexually hostile school environment, from sex-based cyber assaults, and from threats of physical and sexual violence and from the University's failure to take immediate effective action to eliminate the sexually hostile environment, prevent its recurrence, and address its effects.”

The announcement did not sit well with Hurley, who wrote an open letter blasting FMF and FUC.

“As an initial matter, we were surprised to learn that you scheduled a press conference on May 7 to publicize the allegations in the complaint. . .[y]ou did not inform us of your intent to hold such a press conference. Instead, you sought media attention to publicize the fact of the filing of—and the irresponsible allegations in—the complaint,” Hurley wrote.

“The primary premise of the complaint is that UMW ‘ignored’ students’ concerns regarding comments made on the social media app Yik Yak. That allegation is demonstrably false,” he said.

Hurley argued that UMW is bound to comply with all federal laws—including the First Amendment—not just Title IX, and that “banning Yik Yak [from UMW’s network] is tantamount to a content-based prohibition on speech.” Moreover, students could simply access Yik Yak via their own wireless data plans.

However, Hurley said the desire to ban speech wasn’t the most disturbing aspect of the Title IX complaint.

“By far, the most troubling aspect of FUC’s and the Feminist Majority Foundation’s complaint is the implication that there is a connection between the concerns raised by members of FUC and the murder of Grace Mann,” Hurley wrote.

Mann, a member of FUC, was murdered in mid-April. A male housemate, Steven Vander Briel, was arrested on suspicion of killing her.

“Grace’s death was a terrible tragedy, but it is irresponsible for FUC and the Feminist Majority Foundation to opine that it was related to the rise in explicit and offensive comments on Yik Yak,” Hurley wrote, noting that many of the alleged threats were quotes from television show American Horror Story: Freak Show and Whitest Kids U Know.

FUC has responded with a series of posts on its Facebook page.

“There is a deep misunderstanding about the title IX complaint filed by our club a few weeks ago. Many people, including the UMW president, think we are trying to link threats on yik yak [sic] to Grace Mann’s death. This could not be further from the truth. Not only have we literally NEVER said such a thing, we have been actively trying to discourage such speculation from the get-go,” the group said in a post dated June 8.

FUC denied that it had ever insinuated that Mann’s death was connected to threats on Yik Yak and declared it was “greatly offended” by his assertion that Mann had never told the university’s Title IX coordinator or Dean of Students that she felt threatened.

“We know from our discussions with Grace and with faculty members that Grace did in fact repeatedly express fear for her safety. Grace told us at our weekly e-board meetings on multiple occasions that she was afraid, nervous, and worried for her well-being. She took precautions not to walk around the campus alone because of her concern for her physical safety,” the group wrote.

FUC also chastised Hurley for dismissing the alleged threats made on Yik Yak.

"Your letter suggests that this somehow negates the fact that they were used and employed in a threatening manner against us, and it propagates the idea that rape jokes are acceptable,” says a Facebook post dated June 9. “No matter the original source of the words, they were employed to impart and/or threaten harm against us. Do you really believe that it is appropriate to brush these threats aside because they were quotes from popular culture?”

The group closed out the June 9 post by countering Hurley’s First Amendment defense of Yik Yak, noting that other public and private universities have limited the usage of the app.

“By taking Yik Yak off of the campus wireless internet service, the administration would be demonstrating to the university community that it does not condone sexist, sexualized words and hate speech that created a sexually hostile environment for women at UMW.” 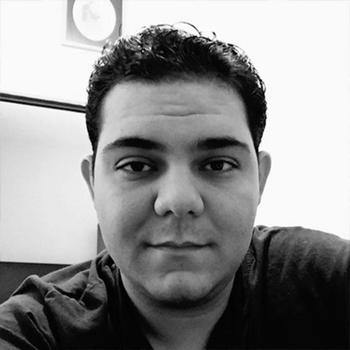