Dr. Juan Cole, a professor of history at the University of Michigan, thinks that Islamophobia and right-wing Jews inspired Dylann Roof in the recent Charleston church massacre.

Cole cites Roof’s comments against European immigrants in a manifesto published in the wake of the death of Trayvon Martin as evidence that anti-Islamic “writings and web sites… made Roof ‘completely racially aware.’”:

“From this point I researched deeper and found out what was happening in Europe. I saw that the same things were happening in England and France, and in all the other Western European countries…But Europe is the homeland of White people, and in many ways the situation is even worse there.”

This is not the first time Cole has blamed critics of Islam for inspiring violence. Cole cites his 2011 post which contends that Norwegian domestic terrorist Anders “Breivik’s passions were whipped up, according to his diary, by reading anti-Muslim hatemongers such as Robert Spencer, Pamela Geller and Daniel Pipes”.

Cole insists that “these same hatemongers” and “unhinged millionaires and bigoted gadflies” who “teach white people to hate non-Christians” have caused another shooting. Cole finds this ironic “since he [Roof] went on heartily to hate Jews, as well…But the biggest irony is that their agitation against European Muslims should have helped inspire Roof in South Carolina to kill 9 African-Americans.”

"In the position of an instructor at a public university,” Strobl told Campus Reform, “he is creating a hostile environment for minorities and conservatives especially in the classroom."

Asked for clarification on his blog post by The Daily Caller, Cole responded: “I said that the kind of sentiments Roof posted about European white people being overwhelmed by non-whites were typical of the line of Marine LePen (Catholic) and Geert Wilders (born Roman Catholic, now unchurched.)…I then noted the paradox that Pamela Geller and Daniel Pipes, [as Jewish], are cheerleaders for this anti-immigrant white nationalist narrative.”

All nine victims in the Charleston shooting were Christian and African-American. 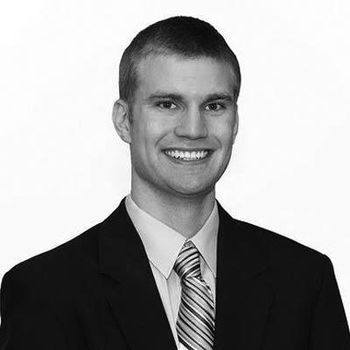