In a Washington Post op-ed earlier this month, American University History Professor Stacey Patton denounced comedian Amy Schumer as a "racist" like Donald Trump, even though she's never even seen her comedy.

“A white woman [Schumer] standing on a stage and insinuating that Mexicans or other men of color are rapists, given our history, given that historically when white women made claims, most of the times they were false about black men raping them, somebody ended up hanging from a tree…

Patton suggests Schumer would be a fitting vice-presidential candidate for Trump, since they both "draw on shared cultural stereotypes and use dehumanizing language that gives life to an ecosystem of racial fear and violence.” Patton argues that Schumer, who is a political liberal even related to Democratic Senator Chuck Schumer, has more in common with “racist” Republicans:

“Just as Rush Limbaugh, Donald Trump and other members of the Republican Party regularly disparage people of color and claim they are simply telling the truth, Schumer can use comedy as a protective shroud to deny the harm and hurt caused by her jokes.”

Patton explains how this “harm and hurt” includes the Charleston massacre that left nine people dead in an African-American church in June. “Schumer used her stage to play and profit off race while people of color are bearing the brunt of racial violence," such that she "inspires monsters like Dylann Roof to craft a manifesto with deadly consequences." “While black families are burying their dead,” Patton writes, “churches are burning, black women church pastors are receiving death threats and the KKK is planning rallies in South Carolina, Schumer is ‘playing’ with race… and only white people are laughing.”

After publishing her op-ed, which was coauthored with Prof. David Leonard of Washington State University-Pullman, Patton, an African-American, took to her (now private) Twitter account to argue that “black people can’t be racist” and belittle her critics for “wagging [their] fiber-optic micropenises.”

In a recent interview with Interrobang, however, Patton admits she has never actually watched any of Schumer’s comedy, including the portions she criticized as racist.

The Interrobang; Have you ever watched Amy’s television show… in preparation for the article?

Stacey Patton: Nope. Not at all.

The Interrobang: Her stand up set[s]? have you ever watched any of them?

Stacey Patton: Nope. None of them.

Patton also says in the interview that she was at first disinterested in writing the article, before the Washington Post solicited her commentary:

“The Outlook editor actually wrote to me last week and asked if I’d be willing to write about this. And I hadn’t actually heard about the incident…. And so when I kind of looked at some of the coverage on Schumer, I initially thought 'meh. This woman is joking...'

But then I thought about Donald Trump’s remarks and then the fact that a few days later Dylann Roof stands up in a church and before shooting nine people says, ‘taking over my country you’re raping our women’ despite the fact that most of his victims were black women. And then it was Schumer’s comments about Mexican men and rapists. And I thought, see, that’s when I had to say something.”

Donald Trump made Presidential announcement speech on June 16th, the day before the Charleston massacre occurred on the evening of June 17th.

American University student Becca Gonzalez told Campus Reform that Patton’s comments are part of a larger trend of hostility to conservatives on her campus: “The professors at American University are stuck in an unrealistic world of academia where their opinions and biases are pressured onto their students every single day. Their lack of intellectual diversity and acceptance of a variety of opinions, belief systems and morals has damaged the value of education at AU and has hampered both liberal and conservative student's ability to learn, grow, and have meaningful discussions.” 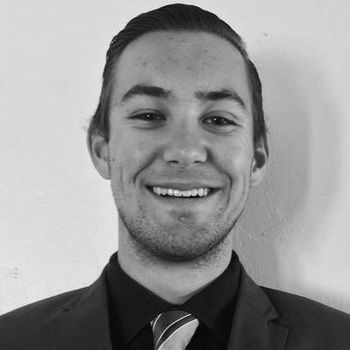