Colleges across the country are working to reduce the incidence of sexual harassment on campus, but Goucher College in Maryland is taking just the opposite approach.

Like most colleges, Goucher encourages students to file complaints when they feel they have been the victim of sexual harassment. What sets Goucher apart is its expansive definition of the term, which encompasses even such behavior as “unwelcome flirtation,” MRCTV reported Tuesday.

The 2015 edition of the school’s “Policy on Sexual Misconduct, Relationship Violence, and Stalking” states that sexual harassment can occur “when unwelcome sexual advances, requests for sexual favors, inappropriate displays of sexually suggestive material, and other verbal or physical conduct of a sexual nature unreasonably interfere with an individual’s work or academic performance or create an intimidating, hostile, or offensive campus environment.”

Among the examples the handbook provides of such conduct are a number of eminently reasonable ones, such as insults of a sexual nature, unwanted touching, and requests for sexual favors accompanied by threats of punishment or promises of rewards.

Also included in the list of prohibited behaviors, however, is “unwelcome flirtation, advances, inappropriate social invitations, or unwanted requests for sexual favors.”

Goucher’s official Formal Complaint of Sexual Misconduct, Sexual Assault, Relationship Violence, or Stalking form states that “[s]exual misconduct, sexual assault, relationship violence and stalking are not tolerated at Goucher College, and formal complaints will be investigated in a vigorous and timely manner.”

While the policy would seem to be most onerous for those students still struggling to emerge from the awkwardness of their teenage years, even the suavest and most charming individual could easily find themselves caught up by the sexual harassment policy, which also bans “any act that knowingly aids, facilitates, promotes or encourages another person to commit any other form of conduct prohibited by this Policy.”

Violations of the sexual harassment policy trigger a two-step response. First, the school attempts to resolve the issue informally by mediating discussions between the complainant and the accused, intervening directly with the accused to discourage the behavior, and taking unspecified remedial action in the event that the accused acknowledges fault.

Should the informal process fail to produce a resolution, there is then an option to file a formal complaint, in which case the school appoints two Title IX investigators to determine the validity of the allegation. Their report is then sent to a two-member decision panel, which renders an official finding and imposes penalties it deems appropriate.

The inclusion of unwelcome flirtation in its definition of sexual harassment is not a new development at Goucher, which prohibited “persistent, unwelcome flirtation” as early 1998, according to a copy of the 2002-2003 student handbook obtained by the Foundation for Individual Rights in Education.

However, the policy no longer includes the word “persistent.”

“If someone were to be subjected to unwelcome flirtation, the suggestion in the policy is to engage in informal actions to stop the behavior, including making clear that the person does not want any further incidents to occur,” Kristin Pinheiro, the director of Media Relations for Goucher College, told Campus Reform. 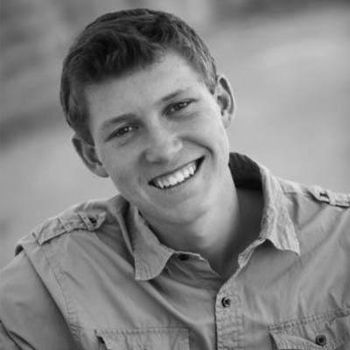