Trending
1
These 10 Christian universities are promoting abortion, Planned Parenthood
By Georgia  Lucas '23
2
Stanford band mocks Christians during halftime show
By Thomas Stevenson '23
3
ANALYSIS: Academia is adrift in a sea of low standards
By Jared Gould
4
Have you or a loved one been 'affected' by 'free speech?' Colorado State University has…
By Alexa Schwerha
5
PROF JENKINS: Students have no right not to be offended
By Rob Jenkins
6
'Genderbread person' makes appearance in nursing course
By Caroline Cason  '22
John Drew | Managing Director, Drew & Associates
Friday, November 6, 2015 2:01 PM

As a former Williams College political science professor, I got nostalgic recently as I read how student protesters secured the cancellation of a speech by conservative author, Suzanne Venker.

Her announced topic, “One Step Forward, Ten Steps Back: Why Feminism Fails” inspired a cacophony of on-line hostility which caused a student organizer, Zach Wood, to share with her that Williams College “has never experienced this kind of resistance” to a campus speaker. According to Wood, at least one student labeled Venker as a “misogynistic, white supremacist men’s rights activist” whose anticipated presence was causing “actual mental, social, psychological, and physical harm to students.”

What surprised me the most was Wood’s impression that this sort of bizarre, over-the-top, anti-conservative hysteria was unprecedented at Williams College.

I witnessed the considerable hostility of Williams College students, faculty and administrators to conservative ideas first-hand when it was directed against me while I taught on the campus from 1986 to 1989. At the time, I was one of only three registered Republicans on the faculty. My status as a registered Republican became public knowledge when I decided to help out the local party officials by running for a state representative seat in the area. Although I was not expected to win, party officials convinced me that my appearance on the ballot would help keep one of Democratic Massachusetts Gov. Michael Dukakis’s top allies, Rep. Sherwood Guernsey (D), from working out-of-state to support the governor’s 1988 presidential campaign.

Within a couple of months, the female students were boycotting nearly all my classes and at least one member of the campus black student organization was denouncing me as a racist. In the spring of 1989, my department chair informed me that I would not be allowed to continue on my tenure-track career path. He told me that this genuinely unprecedented decision was due to the poor quality of my research. Ironically, a few months later, I won a prestigious national award from the American Political Science Association for having recently completed the best doctoral dissertation in the nation in my field. In protest, I resigned from Williams that summer rather than accept an additional year of employment.

As I recall my final year at Williams, I remember how I used my status as a faculty member to make a modest contribution of the preservation of traditional marriage. To satisfy my own curiosity regarding how to achieve a happier life, I developed a special one-course winter study called "Decisions, Decisions." I remember that course with particular fondness because I added to the syllabus the politically incendiary topic of how to pick an appropriate marriage partner.

Much like Suzanne Venker, I was eager to provide a common sense critique of feminism coupled with a practical understanding that most, if not all, of my students would go on to marry and have children. The class, a surprisingly even mix of young men and women, clearly enjoyed the course. It ended up impacting my own decisions about how to find a suitable wife.

You can sample Venker’s recommendations for living happily ever after by reading the text of her planned speech. It is now available on the Fox News Opinion website. The gist of her message is that feminism fails “...because it denies the existence of biology and teaches that equality means sameness, which is a losing proposition when it comes to planning a life—particularly if that life includes marriage and family.”

As I consider what happened to Venker, I am most interested in understanding why the organizers of this student-run, alumni-funded speaking series would give in to threats of violence. I think part of the problem is that the students who established the Uncomfortable Learning Speaker Series are so isolated that they do not have a faculty advisor.

While I was at William College, I helped the conservative students create their own radio and television shows. I remember that later on some administration officials threatened the conservative students who were seeking to establish an alternative newspaper that would print their articles and opinion pieces. I remember advising them to persist even if they were kicked out. Those young conservatives won that fight. I would have counseled student organizers like Zach Wood to go ahead with their event even if their fellow students threatened to behead the participants.

After all, I applaud the creative realignment contained in the theme of "Uncomfortable Learning." I expect this theme will catch on elsewhere. I think will be a short and simple way of reminding people that an environment of liberal fascism is no substitute for a proper education. If young people need to pick their battles, then this one looks okay to me. 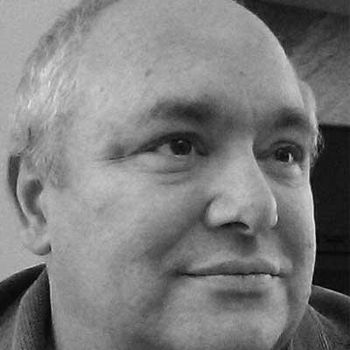