Bowdoin prof: no 'moral right' to more than one child

Sarah Conly, a philosophy professor at Bowdoin College, has recently spoken out in support of China’s one-child policy.

In a piece for the Boston Globe, Conly asks if the recent removal of the ban is “really a good thing?”

Conly writes that, “it is clear that having more than one child is just something that none of us—Chinese or American—has a moral right to do.” She goes on to argue that, “[a]t this point, uncontrolled fertility, is likely to have worse consequences than the false cry of ‘fire’ [in a crowded theater].”

Conly believes that overpopulation will be dangerous to the environment and that humans “do not have a right to cause devastating harm,” and therefore “we don’t have a right to have so many children.”

She then launches into a religious argument, asking “[d]oes the right to religious freedom mean we have the right to do whatever our religious doctrine dictates?” She then compares the freedom to have multiple to children to human sacrifice noting “[n]o one thinks that if a religion required, say, human sacrifice, those who follow it would be allowed to engage in ritual killing.” However, “we want to accommodate religious practice whenever we can, even when it has some cost to social welfare.” She then suggests that religious practices should change to allow for birth control, which will not force a religion to “collapse and fail.”

Conly notes that there were “gender imbalance” issues in China due to the one-child policy, but does not believe the policy caused the imbalance. In key to altering the preference for men, she says, would be a change in attitude, not a change in policy. In order to enforce a birth rate reduction, Conly suggests education, making contraception free and readily available, and having a tax break for those with less children. If the incentives are not enough, she then suggests switching to tax penalties.

China’s one child policy has caused widespread cases of forced sterilization, forced abortion, and gendercide.The system has been seen as a human rights violation and caused an economic and social disaster, with an aging Chinese population and a skewed male to female ratio. It has been estimated that 1,500 babies were aborted every hour under the law. In 2013, it was estimated that more than 13 million abortions were conducted every year.

Conly has an entire book dedicated to the topic: One Child—Do We Have a Right to More? set to release in November. She has previously published Against Autonomy: Justifying Coercive Paternalism, in which she explains “it would advance our goals more effectively if government were to prevent us from acting in accordance with our own decisions.” Her work has also appeared in the New York Times in 2013, under the title “Three Cheers for the Nanny State,” supporting New York’s soda ban.

In the 2015-16 academic year Conly is scheduled to teach moral problems, ancient philosophy, moral theory, and bioethics. “Moral problems” purports to examine “what rights do individuals have?” and “should I do whatever maximizes the welfare of society?” In “moral problems,” Conly teaches “controversies in the context of current arguments and leading theoretical positions,” with “possible topics includ[ing], abortion, physician-assisted suicide, capital punishment, sexuality, the justifiability of terrorism, and the justice of war.” 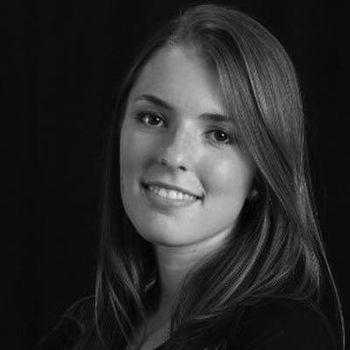