Before the 8 p.m. live show began, the protesters chanted “guns save lives,” held up American flags, a Gadsden flag and various pro-second amendment signs. One man had a microphone, which he used to talk about how the Obama administration is tyrannical for trying to bypass Congress.

Across from the pro-gun group was a smaller group of people who gathered in support of President Obama’s recent executive actions on gun control, which include expansion of background checks and increased funding for mental health care. The pro-gun control group responded with their own chant of “background checks save lives.”

In the crowd, former teacher Nancy Davis said that she hopes the president’s proposals will help make schools safer. “We need all the help that we can get and it’s not invasive, it’s common sense policy,” Davis said. “We certainly don’t need more guns, we need fewer guns and they need to be in the right hands.”

Although police tape was dividing the two groups, discussion went back and forth between the opposing sides. During the hour-long town hall, people crossed sides to debate gun laws. At one point, a woman walked over to the pro-gun side and said, “you are the real terrorists, you are the terrorists, your politicians are terrorists.”

Chairman of GMU College Republicans Devon Flynn told Campus Reform that he and GMU alum Storm Paglia wanted to coordinate this protest because President Obama’s “gun-grab is unconstitutional and illegal.” According to the group’s Facebook page, the protest was “to support the Second Amendment and oppose President Obama’s anti-gun agenda.”

“The Constitution was set up with the three branches of government being equal like a triangle, but [with] Obama it’s a pyramid where he’s at the top and the other two branches are below him,” Flynn told Campus Reform. “So he thinks he can do whatever he wants with it.”

Another concern the group expressed was how the town hall was set up in an invitation-only format. Due to this, some protesters called this event a political rally, rather than a town hall that welcomed an open discussion. Protesters were not only students, but local gun-carriers of Northern Virginia.

“He [Obama] won’t consider repealing gun-free zones, which create really soft targets for criminals,” a protester and father of a college student, John Velleco, told Campus Reform. “There’s no reason why law-abiding citizens should have to give up their rights when they go to a school or certain buildings that have posted signs.”

GMU’s Vice President of Communications and Marketing, Renell Wynn, sent a campus-wide email on January 6 explaining that there would be no event tickets available for sale. Michael Sandler, director of strategic communications, told Campus Reform that it was not up to the university to decide who could attend the event.

University Interim Chief of Police Thomas Longo, also sent a campus-wide email early Thursday, a copy of which was obtained by Campus Reform, informing the student body that some of the protesters “may be carrying weapons.” He also noted in the email that it is lawful to carry firearms in outdoor public spaces in Virginia, including on campus, but that no faculty, staff or students of GMU are permitted carry any weapon on campus. 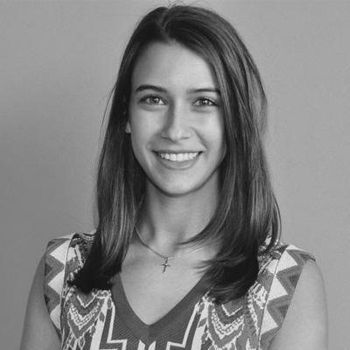