The protests had been previously planned on Facebook in anticipation of Yiannopoulos’ arrival and drew a large crowd on the campus prior to the event.

Campus Reform captured video of the protesters shouting their grievances against AU administration for allowing Yiannopoulos to lecture at the Young Americans for Liberty event.

“I’m tired of people promoting the twisted narrative that we in any way are being immature or unreasonable because we don’t want a transphobic white supremacist misogynistic rape apologist to set foot on our campus,” one protester said.

Others accused the administration of caring more about its financial interests than its students, saying only white men are disposed to do well at AU.

“We are here because our administration lies to us claiming to give a fuck about marginalized students,” said student Noah Leibowitz, who organized Thursday’s protest. “The administration has provided a speaking platform to a man who believes that our equality and diversity department should only hire rich straight white men.”

“Capitalism means more to this damn school than any of us... We are nothing to them but products and commodities, we don’t mean shit to AU, we just give them money…. If you are not a white cisgender straight heterosexual mother fucking man they don’t give a shit about you and let that be known,”another added.

As tension began to rise, protesters engaged with onlookers who were observing their demonstration. At one point, a young male standing in the crowd wearing a Trump shirt was surrounded as students chanted “Get him out!”

A video captured by Campus Reform shows one angry protester pushing the apparent Trump supporter, who was trying to take pictures of the demonstrations before public safety officers intervened.

Yiannopoulos’ lecture was interrupted several times by angry protesters, who both verbally and physically attacked many of his supporters.

“Since I’ve been here I’ve been almost jumped, harassed multiple times by other black people, just for being here supporting you. What would you say should be my argument, or what should I say to these insane people who just want to attack me because I think differently from them but we’re the same complexion?” a high school student, G Torrence, asked during a question-and- answer portion of the talk.

“Tell them, ‘You are assuming because of my skin color that I must have certain points of view, that I must agree with you,’” Yiannopoulos answered. “‘That is the worst kind of racism. It is the kind of racism that reduces black people to a predictable set of ideas . . . it is the kind of racism that divides people instead of uniting them . . . and if you genuinely believe that races are equal, if you genuinely believe that we ought to strive for a society where all voices are heard, hear mine.’”

Campus Reform also captured video of two confrontations that 16 year-old Torrence had with the protesters. The first confrontation shows several college students aggressively approaching and shouting at Torrance as he observed their demonstration.

“Fuck off coward, why do you hate yourself?” one protester yells.

The second shows protesters angrily shouting at Yiannopoulos, declaring him “a fucking racist” during the lecture before turning again to Torrence with accusations of being on the wrong side because of his skin color.

“We were standing there listening and a group of them came up the stairs in a threatening way as to attack us,” Torrence told Campus Reform.

Campus police had not yet arrived at this time, but Torrence’s friend, Alex Woodcock, said the two groups were separated by someone they presumed was a professor.

“She told us not to taunt them even though we were just trying to listen to the other side’s opinion,” he said.

When asked what the protesters shouting at him meant by insisting that he hates himself, Torrence answered, “Because I support Milo, because I’m hanging with Caucasian males, because I’m a black male and I’m not on their side of the line, I must be in denial, I must hate myself,” Torrence explained.

“Me and him, we have very different beliefs, but we’re friends,” Torrence said as he pointed to Woodcock. “To me, that’s what MLK and people who fought for civil liberties stood for, but now it’s like they are trying to throw it in reverse and say well if you’re black you have to be on our side; if you’re white you have to be on their side; if you’re white then you have to accept that you’re racist and sexist. I personally can’t stand for or believe in that nonsense.”

In another instance, a Yiannopoulos supporter attempting to film the student protest was prevented from doing so after several protesters obstructed the lens on his camera with their palms. Eventually, another protester shoves the man while several bystanders shouted “Fuck that guy!”

Later, the student protesters demanded that public safety officers remove the individual who was attacked, saying his presence was a threat to them.

“Are you all just going to sit over here and let this happen?” one student squealed. “Are you not going to get this man the fuck out of here?”

“Public safety, you have one fucking job!” another protester yelled.

This sort of violence, however, seems to be the norm for Yiannopoulos events, where students are consistently outraged at his mere presence on campus.

“Well, the classic counterintuitive reality is that the Left is more violent than the Right,” Yiannopoulos told Campus Reform. “I mean, you can say the most outrageous things about men or about white people or whatever, and nobody will dare say anything or do anything, but if you’re critical of feminism, or even if you’re just a libertarian homosexual, then people who show up to see your show get physically assaulted. It happens everywhere I go.”

Campus Reform asked the university faculty member involved with the confrontations between the high schoolers and the college protesters for comment, but received no response. 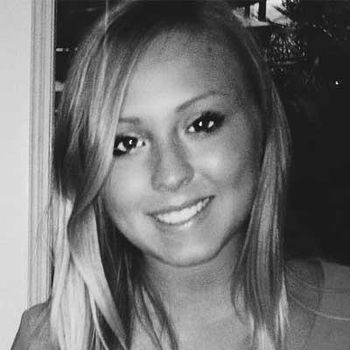